NORIGAE: As a priceless fashion accessory on the formal Korean traditional attire (Hambok) and can be worn with other clothing from different part of the world 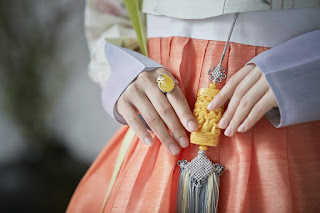 Amongst all the south Korean luxuries,  Noriega has been one of those piece of accessories I have always dreamt of acquiring.  It is a priceless beauty that comes in different shapes, colors and made from different luxurious silk and precious metals. 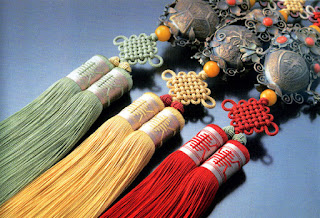 Norigae is a Korean term which means a combination of decorative ornaments,  silken tassels,  intricate knots,  a jewelry accessory that is worn by women with the traditional Korean formal attire known as Hanbok. Norigae can be dated back to the Joseon dynasty.  Women from different classes wore the Norigae… from the Queens to the Commoners.  Different shapes and sizes signifies different occasions the Norigae was worn to as well as which season to wear it in. Norigae is hung from a woman’s Jeogari goreum ( coat strings) or hanbok chima (skirt)… it uses fabric called “silk” and “whasum”. A Norigae can be divided into four part: the ddidon (hangul) a hook (either separate accessory or additional knots). Norigae functions as a decorative pendant.  It is believed by the Koreans that, it is a Goodluck charm with the hope to bring something such as eternal youth,  wealth and many sons (depending on its shape). It has various shapes derived from nature or from everyday life which is divided into Samjacks and Danjacks. 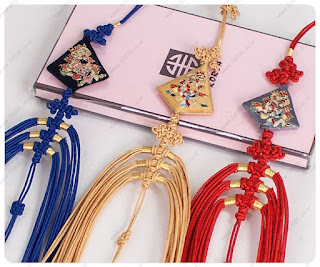 The main ornament for making norigae is usually gold, silver, jewels, and precious stones. The motifs of main ornament are cut down into 5 basic branches, such as animal, plants, daily objects, characters, and religious symbols. For example, the characters is auspicious Chinese character, like “壽” represents longevity. The religious symbols are motifs that represents Buddhism. 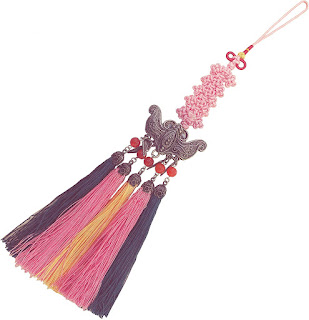 However in this modern day , people explore different traditional accessories in the name of fashion. Norigae can be be mix and match with  African beads or used to accessorize African fabrics to give it a different glamorous look. Others might use it it to accessorize formal shirts  and the Arabian black abaya.
BY HINDATU ABDULLAHI

TRENDING BABBANRIGA IDEA’S FOR GROOM’S TO BE.

SCARVES: A FASHION STAPLE FOR YOUR HAIR

TIPS TO SAVE YOU FROM FASHION BLUNDER

VARIOUS WAYS TO HOLD YOUR BAGS

BEAUTY OF BIG BELT ON OUR OUTFIT

QUESTIONS YOU SHOULD ANSWER BEFORE YOU SAY “I DO”

How To Lighten Dark Underarm

Amazing benefits and uses of NEEM

Smart Dressing for Your Body Figure