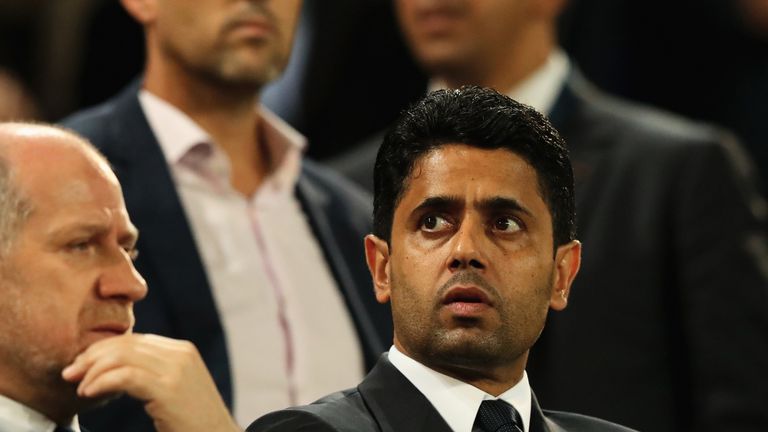 The German boss suffered saw his side fail to capitalise on a first-leg 2-0 advantage at the Parc des Princes as they suffered a dramatic 3-1 defeat in Paris to crash out at the last-16 stage for the third year in a row.

PSG are 17 points clear at the top of Ligue 1 as they close in on a sixth league title in seven seasons but despite their latest failure in Europe’s top-tier competition, Al-Khelaifi says the club will not make any quick-fire decisions.

“I trust the coach,” Al Khelaifi said, via L’Equipe.

“We will see his decision, if he wants to change or if he does not change. But it’s not because we have lost a match that we have to act now. We must make decisions with a cool head.

“But this is not the moment. We want to calm down. We want to see what the coach wants too. It’s very important.

The French champions were taken over by Qatar Sports Investment in 2011 but despite spending big-money to assemble a squad capable of challenging for the Champions League is yet to progress past the quarter-finals.Neymar was injured for both legs of the tie, with Edinson Cavani an unused substitute for the second leg after injury ruled him out in Manchester, but Al-Khelaifi was at a lost to explain the defeat.

10 Tips for a Healthy Travel

Would you leave your partner because of mouth odor known in...

How to make chicken and shrimps fried rice

Would you leave your partner because of mouth odor known in...

How to make chicken and shrimps fried rice