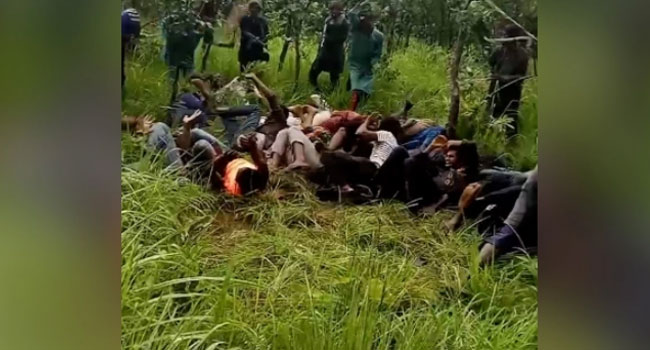 Abductors of Kaduna-Abuja train victims have released three from the remaining 43 victims in their custody.

The three victims are two males and a female, may have been among those who received serious beating on Sunday.

They were, however, released around 11am Monday morning, their relatives picked them up along the Kaduna-Abuja road

Although it was not immediately confirmed as at the time of filing this report if a ransom was paid, it was, however, learnt that 40 victims are still with kidnappers in the forest