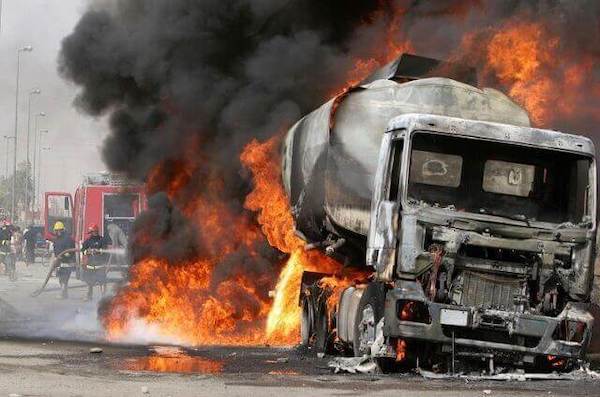 The Ogun State Governor, Dapo Abiodun, has sympathised with the victims of the petrol tanker explosion at Matogun in the Ifo Local Government Area of the state.

Abiodun, in a statement by his Chief Press Secretary, Kunle Somorin, on Saturday, described as unfortunate the incident where 10 houses and shops were destroyed by fire from the explosion.

The governor, who thanked God that no life was lost in the explosion, however, expressed grief at the level of destruction of the people’s property.

Abiodun stated that “such an unforeseen incident was one of the reasons his administration decided to embark on the reconstruction of the Ijoko-Alagbole-Lambe-Akute Road”.

According to him huge amount of public funds was spent on the road without completion by the immediate past administration.

While calling for calm among the residents of the Matogun and its environs, the governor assured that work would be expedited on the road to forestall such an incident and to make life of the people in the axis comfortable.

Abiodun reiterated his administration’s commitment to making the people of the state enjoy the real dividends of democracy.

He stated that palliative assistance would be rendered to those who lost their property to the inferno, with the view of mitigating their losses.