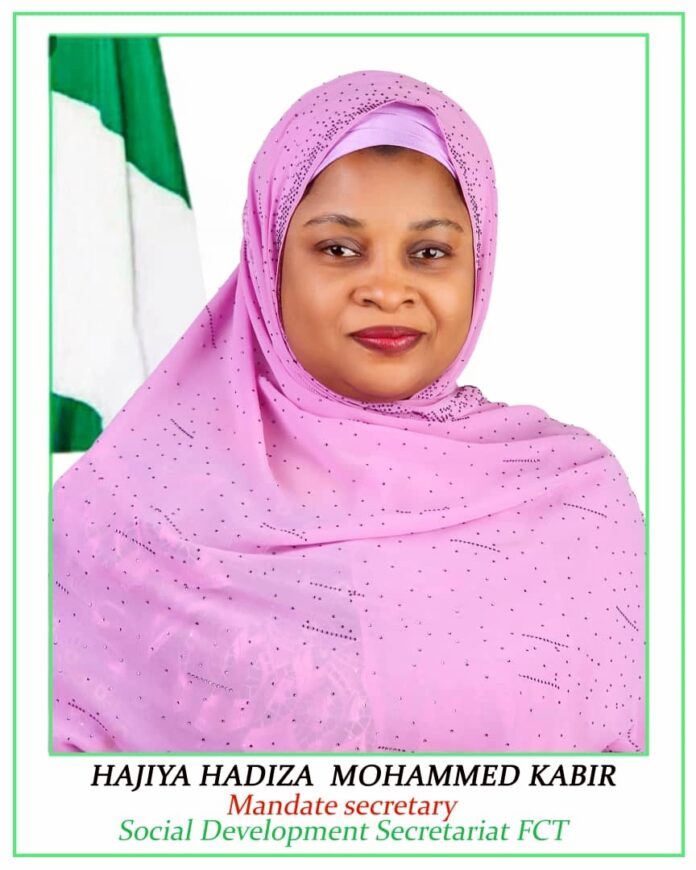 The Federal Capital Territory Administration (FCTA) said it has trained and empowered over 19, 850 indigent youths in the territory.

The mandate secretary, FCT Social Development Secretariat, Hadiza Kabir disclosed this during the celebration of her one year in office, yesterday.

She said the secretariat in the last twelve months, organised moral rebranding programme in which youths from across the Six (6) Area Councils of the FCT benefited.

Mrs Kabir stated that over 300 youths were trained and empowered in fish farming and aquaculture within the period under review.

The mandate Secretary, also revealed that over 500 youths were trained in ‘Technopreneurship’ where young persons in the territory are trained to champion small business establishments in technology-based fields like solar and computer combined with leadership trainings.

According to her, the Secretariat sponsored 600 youths to participate in the 2022 Zuma Film Festival with

another set of 450 youths trained in Agro-based business in collaboration with the Federal Ministry of Agriculture.

Within this period, “about 13,100 youths were trained in leather works, satellite installation, welding and metal fabrication and ICT; while another 5,500 youths were empowered and given starter packs to jumpstart their trained vocations”

She also listed other successes recorded in the last one year to include evacuation of over 12,500 beggars from the streets of Abuja while providing feeding, psycho-social counseling and repatriation to their respective states of Origin to decongest the increasing number of shanties that sprout across the Capital City Centre (CCC).

“The Secretariat had successfully evacuated 4,519 mentally retarded persons with drugs related cases out of which 502 have successfully been treated and reunited with their loved one.

“Medical Social Welfare can now be accessed in 15 FCTA Hospital as against the previous 10 hospitals that offers such assistance due to the influx of people into the Capital City.

“273 victims of drug misused persons (drug addicts) were rehabilitated through psychosocial therapy, while 81 are currently undergoing rehabilitation at the FCT Vocational center, Bwari”.