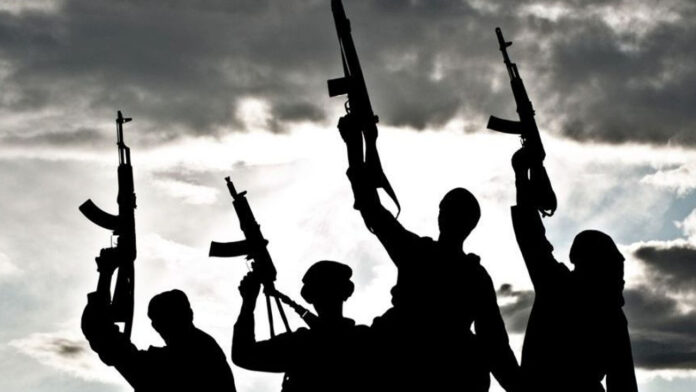 Terrorists have abducted fifty people from Kuchi, in the Munya Local Government Area of Niger State.

According to the Co-convener of Concerned Shiroro Youths Of Niger State, Sani Kokki, who made this known in a statement made available said that the abduction occurred while it rained at 2am on Friday.

“Confirmed reports emanating indicate that terrorists in their large numbers invaded the town in the midnight which resulted in mass abduction of people,” Kokki said.

He said the terrorists went from house to house picking their victims while it rained.

“They stormed the town around 2am while it was raining, instantly launched house to house operation and assembled their victims for onward movement to their enclave” the statement read.

He further stated that there were no deaths recorded, giving the number of those abducted as 50.

“Though at the moment, there is no report of any casualty, the estimated number of people kidnapped is put at about 50” Kokki said.

Kokki also stated that the terrorists and their victims had been trapped by an overflowing river as a result of the heavy downpour.

“However, the rampaging terrorists alongside their captives are reported to have been trapped without access to proceed with their journey as a result of a nearby Dangunu River that has overflown its banks rising from heavy downpour.”

When contacted, the state Commissioner for Internal Security and Humanitarian Affairs, Emmanuel Umar, confirmed the abduction, adding that security operatives have responded.

“Security operatives have responded since around 5am and we are waiting for the report,” he said.

When asked the number of persons abducted, Umar stated that the number couldn’t be ascertained as many of the residents escaped to safety.

“The number of those abducted cannot be ascertained at the moment as many of the villagers ran away and until they start to return before we can tell how many were abducted,” Umar said.