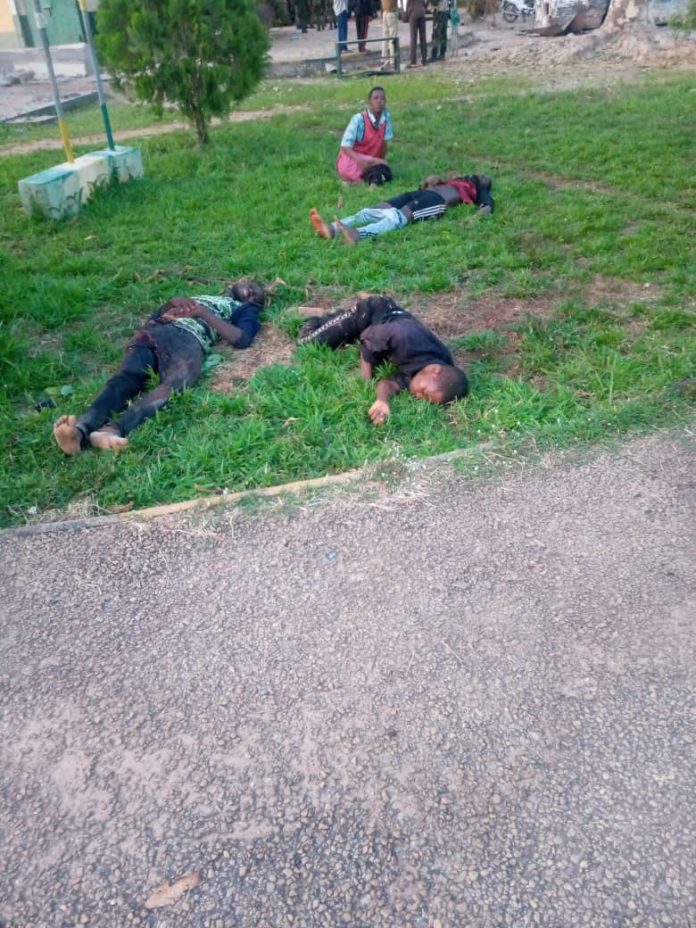 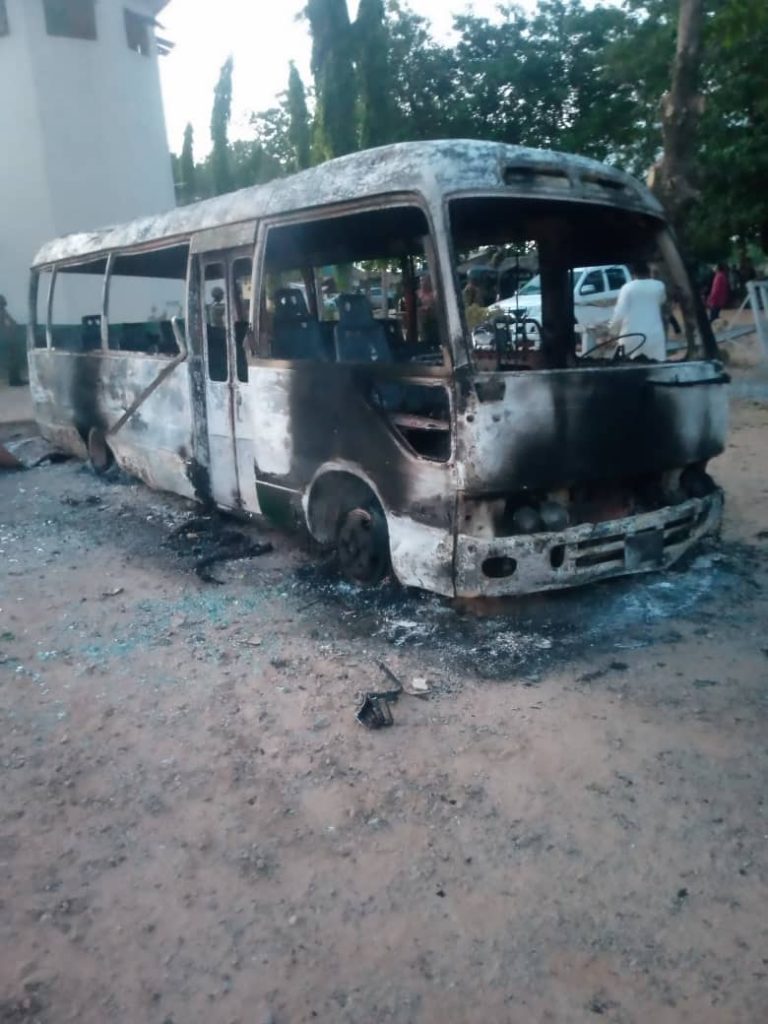 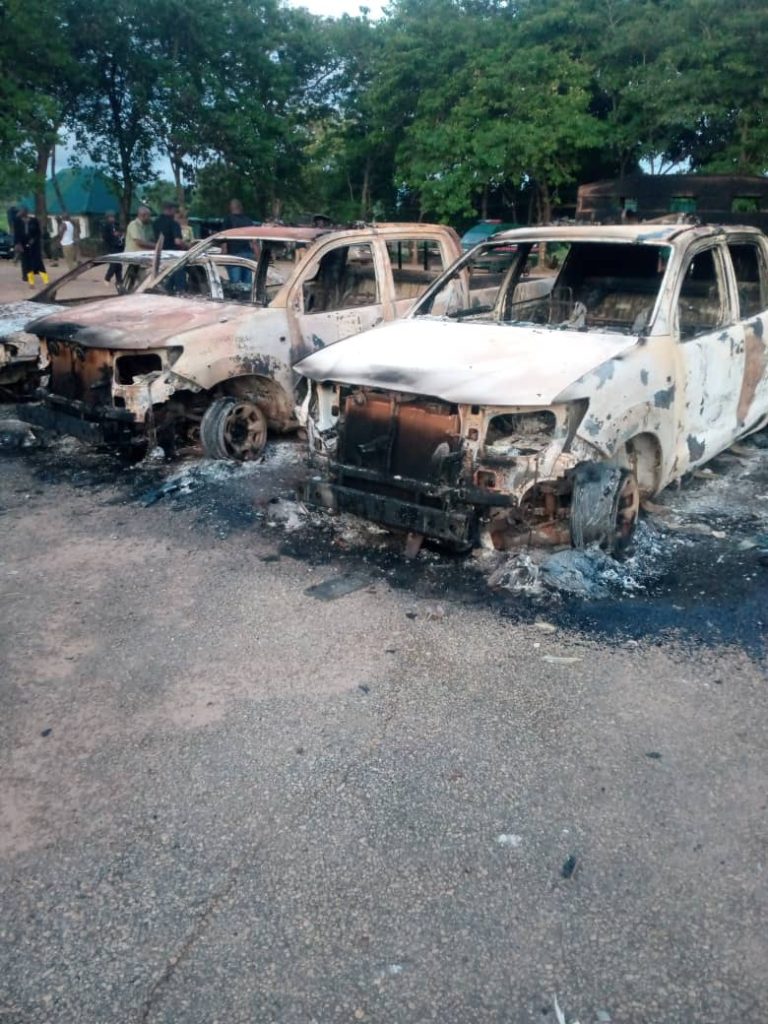 An unspecified number of all Boko Haram inmates in Kuje Custodial Centre in Abuja have escaped after an attack on the facility on Tuesday night.

Despite being offered golden opportunity to escape, former Governor Jolly Nyame of Taraba State, Farouk Lawan, DCP Abba Kyari, Abdulrasheed Maina, and a few other high profile Nigerians serving various jail terms at the Kuje Medium Security Prison, were said to have refused to join the over 1,350 hardened criminals who escaped from detention after some heavily armed gunmen attacked and freed more than 90 per cent of inmates at the facility.

The breach of the Medium Security Custodial Centre, has elicited palpable fear and condemnation in and around the Federal Capital Territory (FCT)

Some prison officials who escaped death by the whiskers confided said that when the roll call was made after the deadly attack, “it was noticed that all the white-collar detainees were on ground while about 1,350 violent criminals and terrorists escaped from detention.”

Kuje Medium Prison on Tuesday night came under heavy bombardments by unknown terrorists, a development that threw the entire Area Council into confusion.

A source at the medium prison facility told LEADERSHIP that the first explosion, a high capacity bomb, went off around 10.25pm and was followed by a second and third blast and sporadic gunshots that left the residents scampering for their safety.

The source who said  that the over 300 attackers invaded the facility few hours after they got security report, alerting them of possible attacks on the medium prison added that the attackers gained entry from the back of the prison yard. They invaded the place with sophisticated trucks and motorbikes.

The now heavily secured facility, top ranking Prison official who pleaded not to be named said thus, ” As you can see, the facility is under chaos and i can not immediately elaborate on anything. The damages are massive. He said, well, I want to alert you that , all the famous terror masterminds in Abuja ( Kabiru Sokoto and the rest ) are missing.Deadly armed robbers and kidnappers too have escaped.”

“We are in a confused state now as we do not know our fate. To be sincere, our men and even the soldiers attached here were massively overwhelmed so they had to escape for their lives.

Some eyewitnesses who stay around the Kuje Prison told our correspondent that the attack which lasted for about three hours.( 10:24pm to 2:45am) was done with ease , as it went unresisted.

For the residents, the delay in reinforcement allowed the attackers to have a field day as a barrage of bullets was fired throughout the assault.

While residents of the area have expressed fear about their safety, they called on the FCT administration to immediately deploy more armed men to their rescue.

A resident of the area, who gave his name only as Mr. Thomas said, ” I thought having a house in an estate close to prisons and air force quarters will guarantee maximum security for my family and I , but what happened last night from 10:35 pm till about 2:30 am has made me to start thinking fast”.

He said, in fact, all my children wet their cloths with urine, even my wife bursted into tongues and my blood pressure as at this morning is dangerously high.

Meanwhile , wthe National Security Adviser, NSA, Rtd General , Mohammed Mungono and other security stakeholders were sighted at the premises , the leadership of the Correctional service are still yet to release official statement as they seem to be confused and demoralised .

After several ignored calls and text messages, the spokesman of NCoS, Abubakar Umar, confirmed that gunmen had attacked the correctional centre but that normalcy had been restored after security agencies intervened.

A joint team of rugged soldiers, DSS, Police , NSCDC and Prisons armed men have been unleashed on the escapee inmates with a warning to farmers and young innocent youths in the FCT to stay off bushes.