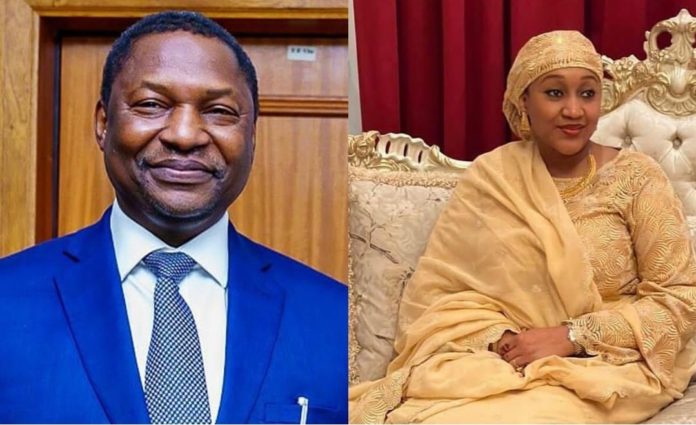 The wedding was attended by close family members of Malami and Buhari and also some top government officials.

The wedding is devoid of fanfare due to the current happenings in the country.

The bride is the third daughter of Muhammadu Buhari from his first wife Safinatu.

Halima was born on the 23rd June 1981,she received the following education, First Essence International School, then Cobham Hall, in Kent, United Kingdom.

Halima got a higher education at the University of Buckingham.she then received her postgraduate degree at National Teachers Institute Kaduna and  a Masters diploma in International Affairs and Strategic Studies, Polytechnic Kaduna.

Malami joins the leagues of governors and ministers to have married the daughters of serving presidents.

On august 15, 2014, Ibrahim Shehu Shema, the then governor of Katsina State, tied the knot with Maryam Yar’Adua, the first daughter of former Nigerian president and elder sister to Nafisa who got married to the former Bauchi State governor, Isa Yaguda in 2009.