Binta Dahiru, during the prosecution feign knowledge of bitting the NSCDC officer during Wednesday clean up of illegal structures in Katampe extension, Abuja, by FCT taskforce team led by Senior Special Assistant to FCT Minister on Monitoring, Inspection and Enforcement, Comrade Ikharo Attah, and later admitted to the crime.

Admitting them on bail, Justice Jobbo, told the plaintiffs Binta Dahiru and Dahiru Musa, to pay N100,000 (One hundred thousand naira only) each and with a surety or be remanded in prison on failure to meet the bail conditions.

Speaking with Judicial expert, it was gathered that this point the FCT administration if willing can press for criminal charges against Binta Dahiru and her husband Dahiru Musa.

As at the time of filling this report the suspects are presently cooling off in Kuje prison as the case was adjourned till November 24th, 2022.

Special Assistant to FCT Minister on Monitoring, Inspection and Enforcement, Comrade Ikharo Attah, while reacting to the judgement, he commended the judgement and hope it would be a deterrent to others that are attacking uniform personnel.

According to him, “For us in FCTA it is a very encouraging one, we thank the officers for being very civil, despite the attack they didn’t fire the woman that chopped off the flesh of the NSCDC officer.

“Whatever it is the verdict has been given by the Judge and we are oblige to comply by judgement, we hope it will serve as a deterrent to others who believe they can assault men in uniform and go Scot free.

“We will continue to be civil and obey human rights and we hope the public will understand that”.

It would be recalled that on Wednesday, while FCT Taskforce Team was on a cleanup in Katampe extension, one of the  NigerSecurity and Civil Defence Corps (NSCDC), officer in the taskforce team was assaulted and her flesh was bitten off by a house wife in collaboration with the husband, and one of the owners of shanties.

The woman who bite off the flesh of the officer and swallowed the flesh immediately,  when the officer was trying to control her, while she was being aggressive.

The officer tried to pin her down that was when she bite the officer in her arm and removed part of the flesh on her arm. 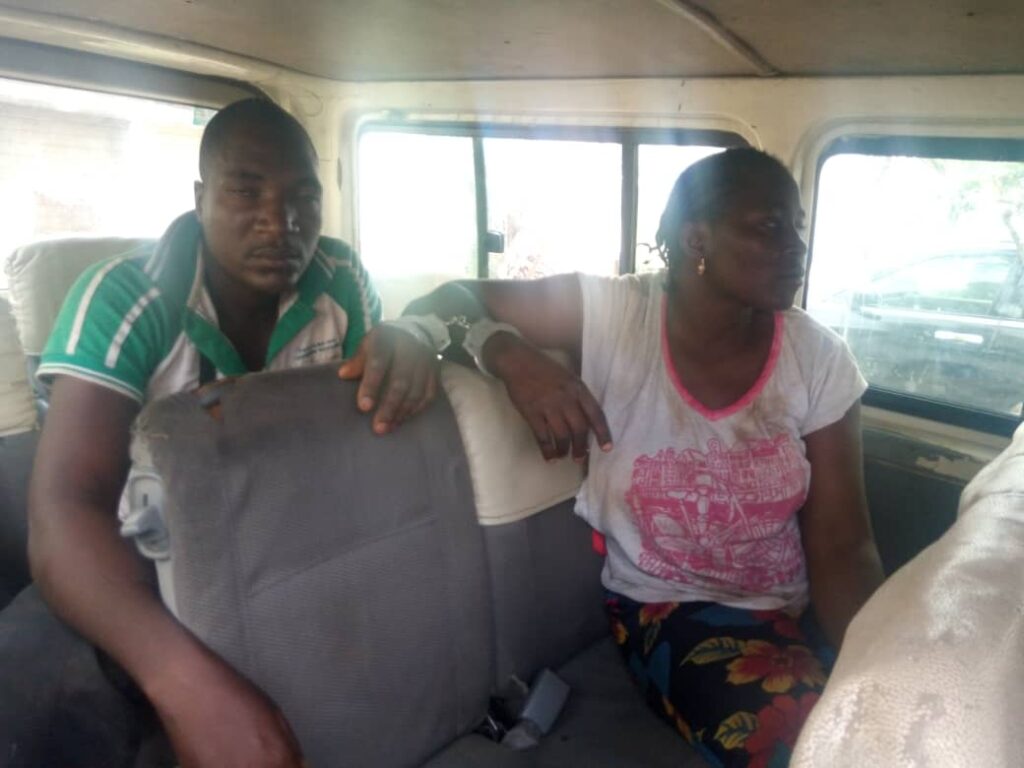