The physical and emotional abuse in marriage is difficult to address because spouses cannot usually agree as to what it is. Physical abuse is easier to define than emotional abuse because there are bruises to prove it.

But even spouses who seriously injure or even kill the other during a fight can justify his or her behaviors as self-defense, not abuse. And the courts often see it that way, too particularly if women are the ones doing the killing and maiming.

On the other hand, a spouse who walks away from an argument can be accused of being emotionally abusive by the one who wants to continue arguing. And those who are not home often enough to even discuss an issue are often considered abusive by a neglected spouse.

Choosing to remain in an abusive relationship damages your self esteem because it throws you into a downward spiral of hopelessness and self-hate which leads you to depression. And once you are there in that dark hole, you might try to find an escape in some kind of addiction (drugs, alcohol, shopping, and religion or even suicide) so that you don’t need to go through the pain.

But being alone means walking away from that abusive spouse who doesn’t see anything good in you but rather sees you as a punching bag or his dumping ground for his personal aggression and frustrations. Most people who are victims of abusive marriages find it difficult to leave because of the questions where will I go? Where do I start from? How do I move on? Blah blah blah……. 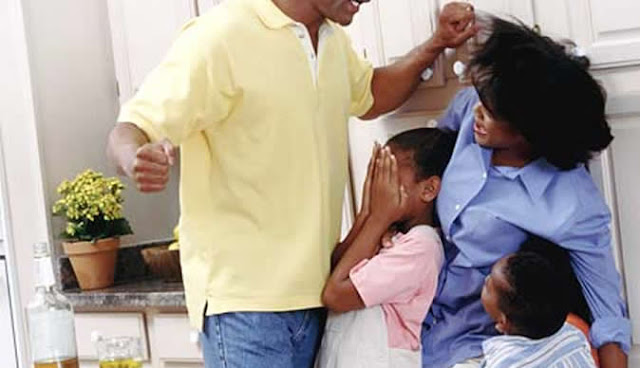 This has left a lot of victims to stay put and die in abusive marriages just due to the fear of the unknown. Some victims will pick up the courage and walk away while some never
find that courage no matter how bad their oppressor turns out to be. I got the opportunity to ask some of our readers about their opinions on which is better between being in an abusive marriage or being alone. And I got the following responses:

Tina: she said stay alone, to avoid violence and environmental hazard. But if you can help it by trying to control your emotions then marry as well as get yourself a partner who will understand you and tolerate you. And as well tell everything to God in prayers.

Lina Audu: she said omo…….. My body no be punching bag ohhhh…. I prefer to be alone than allow one psychopath in the name of my husband to batter my face and body.

Ismaeel: it’s no news that men are also abused in a marriage but as you all know ego and shame will not allow men to come out openly until it has gotten out of hand. If I get to find myself in that situation I will quietly walk out leaving my properties in the house for her. My life is precious to me. Being alone will not kill a man.

Rashida: I will dust my slippers and run for my dear life, before he kills me for my kids and my parents. At the end he has nothing to lose and I on the other hand I get to lose my life while my kids suffer in the hands of another woman (stepmother).

Vincent: there is nothing impossible for God to do. I prefer to stick with an abusive partner than being alone because it is a demonic act. And I believe with prayers God will intervene.

Safiya Umar: i have witnessed an abusive marriage and trust me, when I say I don’t wish it on any one not even my enemy. It’s best you protect your life and stay away from that marriage. It’s possible he was never meant for you in the first place.

Would you leave your partner because of mouth odor known in Hausa as  “Warin baki”?

”LOVE AND LUST” HOW TO KNOW IT’S LOVE AND NOT LUST.

WHEN IS IT OKAY FOR A MAN TO CRY?