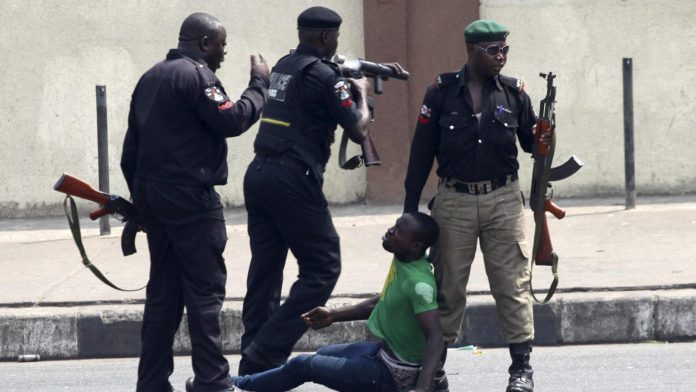 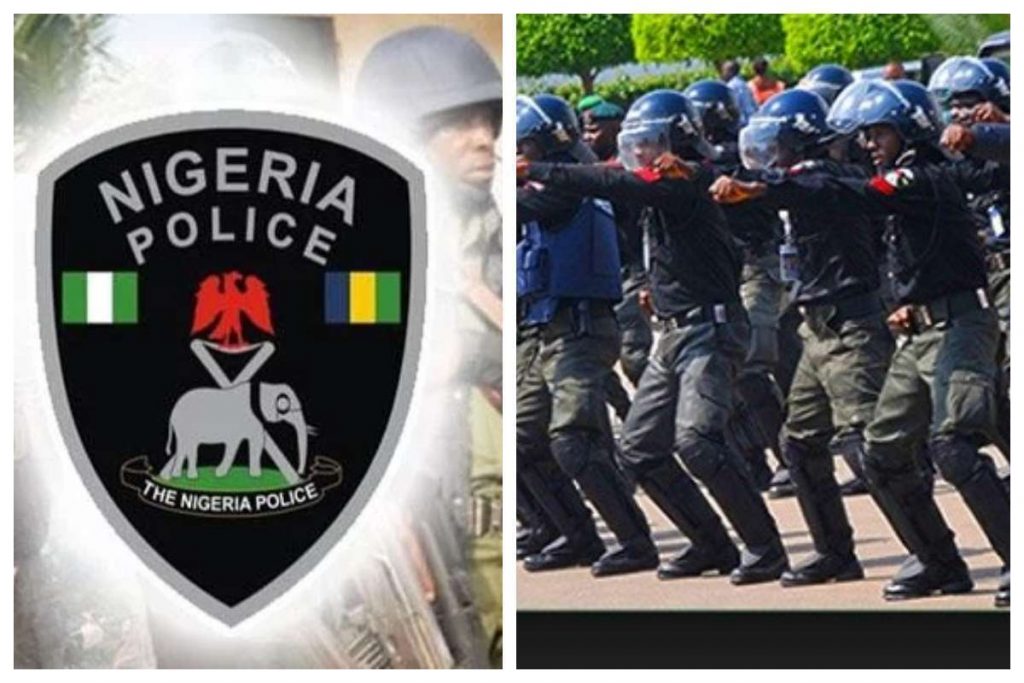 A security agent in Nigeria rates himself above the law because he is licensed to carry fire arm, arrest, prosecute and extort for onward delivery to higher officers. From the top to the bottom, most security agencies in Nigeria are rotten. The only security agency that still commands respect and trust worth a mention is the Department of State Security (DSS) that corruption has not penetrated.

In sane climes, every element of power comes with a corresponding responsibility. But in the upside down world of our beloved country, every element of power comes with a corresponding irresponsibility. The Special Anti-Robbery Squad (SARS) was specially empowered to enable its operatives to effectively combat violent crimes as stated by its founder, Fulani Kwajarfa, a retired commissioner of police. But in our characteristic abuse of power, they convolved their powers into a license for impunity, torture for extortion, brutality to settle scores and murderous binge. They took to illegal arrests, intimidation, extortion, torture and extra-judicial killings to extents against their operational mandate.

It was the State’s Criminal Investigation Departments (SCID) that was known as the epicenter of murder of suspects in custody under crafted claims before SARS was created. 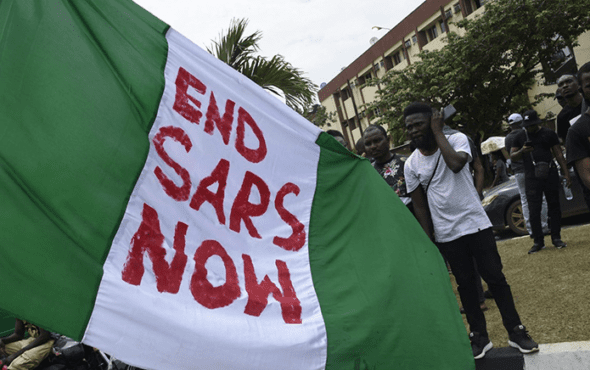 Sick and tired of the excesses of SARS and the Nigeria Police, the youths, who borne a preponderant brunt of SARS and the conventional police abuse of power, took to the streets in protest, demanding the disbandment of SARS, reformation of the Nigeria Police, good governance and social justice. They presented a seven-point demand to government. Their demands are legitimate, pertinent and cogent, and in total conformity with the desires and aspirations of the generality of Nigerians.

It is exhilarating that Nigerian youths, for long, disparaged for their ‘laziness’, civic indifference and political docility are daringly standing up for a worthy cause. Potentially, democracy is a wellspring of political stability, social justice and overall societal progress. It can progressively raise our standards of public morality, and steadily elevate our national ethics and refine our value system. However, these are possible only if the governed, especially the youths, actively engage the governing, demanding probity, accountability and social justice.

Thus far, the #EndSARS and reformation of the Nigeria Police Force protests has come at the right time and elicited a number of promises from the government that hitherto ignored public complains and grievances. In principle, the government has agreed to all the earlier five-point demand of the protesters. Refreshingly, the agitation has continued despite pleas and threats by government because, of an African saying that you do not believe a liar, even when he chose to say the truth. The generality of Nigerians have lost confidence in their governments. So, first of all, the government needs to earn public confidence, by going beyond mere promises to actually implement the desperate demands before the youths can believe.

The nexus between the police and the government it serves is obvious. It was therefore logical that the protesters expanded their earlier five demands, to seven, to include reforms in government, good governance and social justice. After all, the police force is only a tool of the ruling elite, and its conducts are accurate barometers of the attitude of the ruling class towards the ruled. The Nigerian ruling class is heartlessly corrupt and lawless, and infamous for theft of public funds and scornful indifference to the ever increasing economic miseries of Nigerians. Inescapably, the Nigerian police is super corrupt and lawless, and in their disdain for Nigerians, trigger-happy and contemptuous of human lives. Therefore, an effective reformation of the Nigerian police requires obvious changes in the government’s modus operandi. 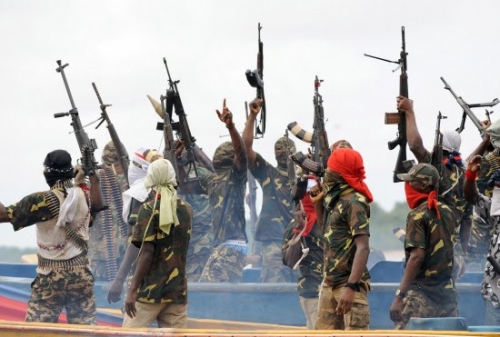 A onetime American president, Richard Nixon, once wrote that in politics the stakes of power are so high; it can mean life or death, prosperity or poverty, happiness or tragedy for millions of people. Therefore, those that seek power “must do so with a sense of mission, and belief in their ability to change the cause of history to the point that nothing, not personal gain, not even, their own personal survival, matters to them”. Those who seek power for personal gains, will, “at the very best, be dangerous leaders”.

The Nigerian government is teeming with dangerous leaders: those that came to power to advance personal gains and pander to insatiable greed. Not surprisingly, the political class steals public funds with the avarice and callousness that will flabbergast even the most vicious armed robber, and we have an unconscionable system that engenders the inordinate wealth of an elite few at the economic strangulation of many. Do some of our governors not appropriate for personal use (security vote), at least, N500million every month, and sometimes refuse to pay salaries? Despite the disproportionate concentration of extreme poverty and misery in Nigeria, the lawmakers are the highest paid legislators in the world and the biggest government contractors that access contracts through intimidation and threats. Constituency projects are not executed but paid to the thieving lawmakers.

In place of constituency projects, most of the lawmakers prefer to deceive the electorate with expired automobiles, motorcycles, grinding, sewing and water pumping machines in anticipation for loyalty and praises. If they are honest to themselves, instead of dishing out expired ‘tokunbo’ cars etc, why not establish micro industries in the constituencies to reduce unemployment and provide skills acquisition? Why are the donations selective?

In addition, it is not surprising that our public infrastructures are totally decayed. With a despicable healthcare delivery system, Nigeria has the highest birth related and under five child mortality in the world. Our schools are replicas t=of their former selves. The universities that once served as bastions of erudition and intellectual excellence have deteriorated to lamentable centers of mediocrity, cult-violence, intellectual lassitude and sexual harassment. The stealing, sharing and salting away of billions of public funds under different covers by the ruling elite reduced a disproportionate number of Nigerians to abject poverty, ignorance, insecurity, ill-health, wretched housing, homelessness etc. the list of our woes is endless, and our troubles are glaring, palpable and blatant.

To change this unconscionable narrative, there is need for the continuation of peaceful protest till the submitted demands of the protestors are holistically implemented by government. The changes must include; total overhaul and probe of remitted budgetary allocation to the Nigeria Police Force including a discreet investigation on the circumstances that caused the death of several suspects in police custodies; severe reduction of the salaries and allowances of federal legislators; the financial independence of state legislatures and local governments and total ban on medical tourism by public office holders including civil servants and death sentence for corrupt elements.

It has been written that: the greatest force in the world is an idea whose time has come. The time has come in Nigeria for genuine change-substantive and far reaching changes-because ours is totally disillusioned and disguised with the system. Nigerians are tired of tolerating the intolerable, stomaching the instomachable and suffering the insufferable in the hands of evil leaders, unrivaled in their catalog of avarice, corruption and brigandage. With their protest, the youths spoke the minds of majority of Nigerians that are voiceless, and are, essentially, saying: Enough is enough!

For those giddy with power and obfuscated by megalomania, and are, consequently, unable to realize that the terror of the gun cannot extinguish the awakened aspirations of the people as we are forced to accept so by Boko Haram terrorists. I have a suggestion. I suggest that let those in leadership flip through the pages of history for some didactic readings on renowned dictators; the Shah of Iran, Pelavi Reza, Ferdinand Marcos of the Philipines, Milton Obote and Idi Amin Dada of Uganda, Ja’afar El-Nemeri of Sudan, Ngarta Tombolbaye of Chad and Master Sergeant Samuel Konyon Doe of Liberia to mention but a few.

We are protesting peacefully for change from the discarded system. We should not be part of those rogues and criminal elements that hijacked the protest to a looting spree laced with ethno-religious sentiments. We respect the law and believe in justice as educated Africans. Let the government appoint a Presidential National Security Committee to bail it out of the quagmire it found itself.

Muhammad is a commentator on national issues

Whistles of genocide in the North.

Lt. Gen. Attahiru: Adieu to the Chief of counter-insurgency.

MOTIVATIONS THAT DRIVE PEOPLE INTO ENTREPRENEURSHIP.