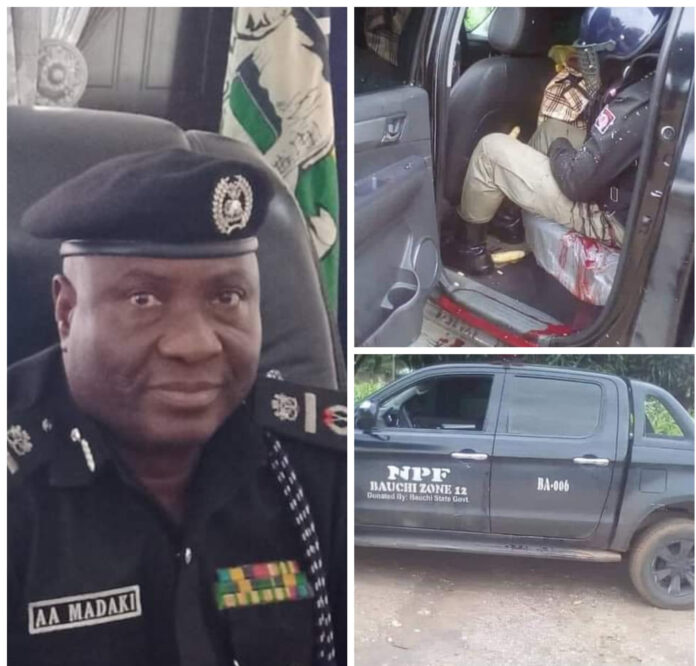 Some unidentified gunmen suspected to be bandits operating in the Lame/Burra forest in Bauchi State on Tuesday attacked the convoy of the Assistant Inspector General of Police (AIG) in charge of Zone 12 Bauchi, Audu Madaki injuring him and killing one of his Police guards.

According to reports, Madaki’s convoy which was on its way out of Bauchi was attacked by the terrorist group in the Barde Zangidi area in Toro LGA of Bauchi State at about 2.30 pm.

Madaki was reportedly shot at and injured during the attack while his orderly was shot dead.

It was gathered that the AIG was receiving treatment at an undisclosed hospital in Abuja while security has been beefed up around the Zone just as another source revealed that armed Police personnel have been drafted to the area to comb the bush in order to fish out the terrorists.