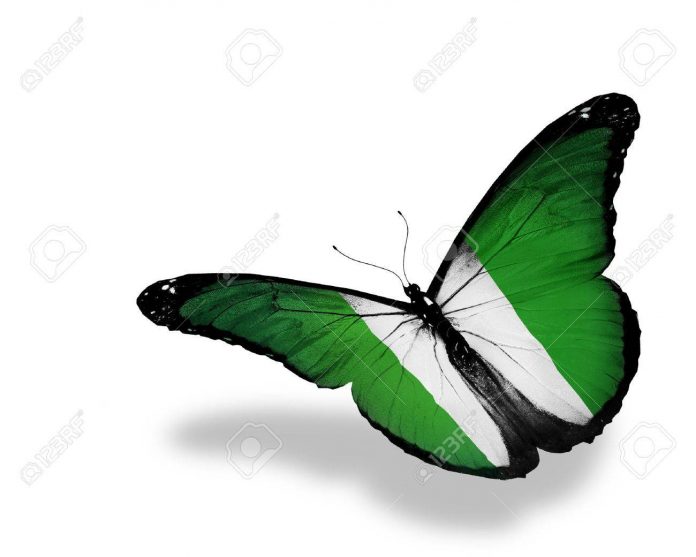 The dust raised by the endsars protesters has settled and even though the incoming harmattan season has added more dust to it, it has become a lot clearer, what actually transpired. The volume of the destruction perpetrated, along with the description of the targeted assets and properties, leaves no one in doubt, that it was a well orchestrated operation to not only bring Lagos to its knees; but to also cripple certain federal assets along with those of some individuals that belong to the ruling party. What should have been a peaceful call for police reforms ended up being the most violent and destructive protest we have ever witnessed as a nation. The minute the Federal government acceded to the demands of the protesters, was the right time that the government should have put an end to the protests before it spiraled out of control. Judging from hindsight, the protests from the onset were thirsting for blood and no matter what the government did, the plan for the mayhem that we witnessed was well underway and its actors, schemers and financiers were ready and well prepared. They had mastered the body language of Mr. President and they were certain that they were going to go on unabated; because Mr. President is an unusual democrat and he definitely wouldn’t stop them.

Change has not really come and the life of the common man practically remains the same. Echoes of change is what the common man has been inundated with, and not the change itself. Even though we are brazenly grappling with the threats of plunging into a recession, our economic conditions are as harsh as ever and our overwhelming majority are just struggling souls. What we all envisaged back in 2015 was that this government was going to be tougher with its anti-corruption crusade, and public officials that had corruptedly enriched themselves would be brought to book. Nigerians no longer believe that this government is seriously fighting corruption. To make matters worse for change, a pandemic struck in to partner with very poor oil income to make life even more unbearable for the ordinary Nigerian. The goodwill that the government enjoyed previously has been eroded and from what prevailed after the destruction, without an iota of doubt; Nigerians are frustrated and they have had it. Renowned ecomists around the world had predicted that the post-pandemic period was bound to witness a lot of strife, and that most developing countries were going to be plunged into protests and riots. Nigeria was already in a drive to beef up internally generated revenue by increasing VAT and ofcourse the continuation of the deregulation of petroleum products and the privatisation of power. That was to shore up revenue to fill the gap created by the dip in oil prices. But like I pointed at earlier, the pandemic was a cruel partner to already existing dire economic conditions. Because of the hardship, we saw an unprecedented attack on food storage facilities across the country and during the melee, even hospital beds and tractors were vandalised and carted away. It might have been crazy but it was a pointer to the authorities that there is grave hunger in the land and the people could eat up anything – metallic, plastic, wood or even rubber.

The endsars protests have rehashed our fault lines and the faults of governance in the country as well. Even advanced countries like America have come to terms with the reality of their fault lines especially during their 2020 campaigns and elections – so it would be foolhardy for us to believe we have gone past our own fault lines, or that we can sweep them under the rug. The perpetrators of the unfortunate events that unfolded in our country used fake news to inflame our fault lines and cause mayhem. It was such an auspicious time to run those protests for so many reasons. 1. The hardships suffered by most Nigerians and not necessarily police brutality. 2. Idle students who have been at home for a very long time. 3. Idle populace who had been struck by the pandemic and its attendant lockdowns. The country was just getting out of the doldrums of economic paralysis and was too feeble to stand up for itself. There were reports that the security services were aware of plans by some actors to cause havoc in the country and one must wonder why the whole thing was not nipped in the bud from the get-go.

From an initial 78, down to 15, and then a flip-flop between 12, 7 and 1, no one has a precise and factual figure of the number of protesters that were ‘massacred’ at Lekki. That event was the license to maim and destroy as hoodlums went berserk, destroying lives and properties. The office of the Police IG puts the figure of officers killed during the protests at 15. The protesters ended up becoming more brutal than the police. Infact, they proved that they would be more ruthless and brutal, were they to wear the uniforms of the police and carry their weapons. Good Lord save us from that day, amen.

The government must tackle fake news ruthlessly and all those that stoked the destruction that took place must be dealt with accordingly. Wole Soyinka has said that the World may be plunged into a third world war by purveyors of fake news and those purveyors would certainly be Nigerians. The government must make some scape goats out of this fracas, to serve as a deterrent. If not, online hoodlums would surely push us to another civil war. The quantum and depth of fake news that was peddled across the country in the last month is unbelievable. I have had to pause for longer, to be able to comment on the events of the protests and I have come to realise that fake news is more diabolical than we have imagined. Aside dealing with both online and street hoodlums, Mr. President must sit up to the reality that if there is change, it is up there and not down here at all. The government may be doing very laudable things and forwarding the essential commodities of change to the common man but the common man is not getting them. There is an impermeable membrane in-between that is not allowing his good intentions to be felt down below.