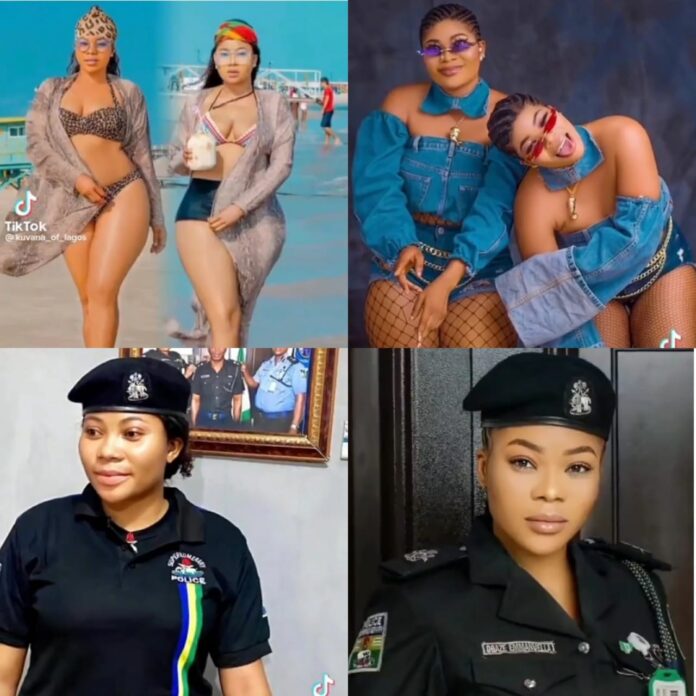 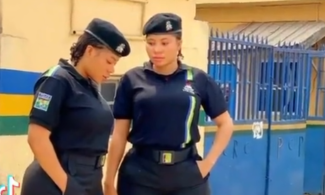 The officers went viral after Tik Tok videos of them looking sexy in and out of their uniforms was circulated online.

Force public relations officer, Olumuyiwa Adejobi, in a statement said, they were suspended with immediate effect.

The force described the violation as a breach of the provisions of the Police Act, 2020, and the Nigeria Police Guidelines for Recruitment/Promotion/Discipline of Supernumerary Police (SPY) 2013 by the Inspector-General of Police, as captured in a video posted by one of the officers in a viral video on August 3, 2022.

“By the combined effects of the Police Act, 2020 and the Nigeria Police Guidelines for Recruitment/Promotion/Discipline of Supernumerary Police (SPY),2013 was established solely to complement the services of regular Police Officers when needed by Ministries, Departments and Agencies/Multi-National Companies, and Banks who make requests and upon approval pay for their training and cover their emoluments for the period of their engagement. (Sections 21-24 of the Police Act, 2020).

“It is equally important to mention that in line with Section 25 (2) (3) of the Police Act, 2020 and the Nigeria Police Guidelines for Recruitment/Promotion/Discipline of “Supernumerary Police (SPY), 2013issued by the Inspector-General of Police (Guidelines for SPYs), the mode of dressing of SPY police mandates its SPY officers above the rank of Assistant Superintendent of Police not to wear uniforms. Similarly, extant laws delineate the Supernumerary uniform. It states that they must be on their approved uniform, ash coloured shirt with “SPY” inscriptions all over, over black with shoulder badge carrying the word “SUPERNUMERARY”. Supernumerary Officers adorning police black, neon blue or camouflage uniforms run afoul of the law and would be adequately sanctioned.

“The suspended supernumerary officers – Obaze Blessing with SPY number 5709, and Obaze Emmanuella Uju with SPY number 5708, adorned themselves in conventional police officers’ uniforms contrary to the code regulating the SPY service. One of them similarly adorned the rank of Superintendent of Police which is contrary to extant laws. Above all, they portrayed themselves in the viral video and other videos as undisciplined and unprofessional, in contravention of the Police Social Media Policy, with acts glorifying ill-gotten wealth and ill-morals, which has received wide condemnation from members of the public,” the statement said.