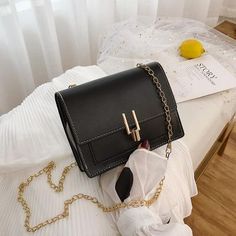 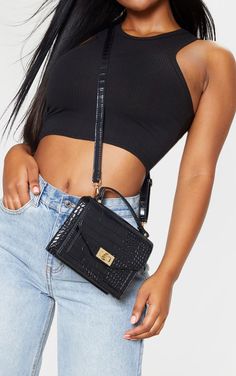 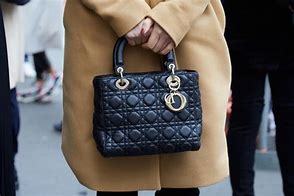 We often spend a lot of time trying to pick out which bag to carry on the daily, and that preferred purse says a lot about you but not much second thought is given into the way we choose to carry it. Whether you like to showcase it in your hand, elbow crook, or across the shoulder, it’s actually not a random decision. it can say a lot about our inherent personality.

Over one shoulder with bag close to body;

“If you tightly grip the bag and pull it, it’s more likely fear, lower self-esteem, or concern of your purse being stolen.” You’re practical and need others to prove that they are worthy of your trust.

Over one shoulder with bag swinging freely;

Different from the hands-free look, your purse hangs freely on one side of your body, not your front. You are characterized by your spontaneous, carefree attitude and like to take life as it comes. People know you as being confident and self-assured. You like your style to show, but you still want a certain amount of freedom. You don’t put priority on designer labels and brand names; the swinging and open style indicates that you favor functionality over display.

In the crook of your elbow;

This approach depicts a flaunting of prestige and authority. You put priority on status and position, and can indicate that you are carrying a purse with a heftier price tag. While you may sometimes be referred to as “high maintenance,” you know what you expect to receive from the world.  it makes their body look bigger and matronly in photos. If it’s held out more from your body, a common style practiced by A-listers, it depicts power. You’re wearing the bag as if it’s a badge of honor or an award. You feel as if you’ve got a sense of superiority.”

This style exudes a more sophisticated and put-together quality. People think of you as being assertive, well-organized, and efficient. This is the most comparable to carrying a briefcase and can communicate the importance of the person’s job. Your ambitious attributes shine through, and you excel at focusing on the task at hand, probably because you’re armed with these things you keep in your purse to help you be more productive. People also tend to carry a bag this way when they want to attract more attention to the outfit itself—you don’t want your purse to be attached to it. Instead, the purse merely becomes a separate accessory to accentuate your clothing.

In front of body with both hands;

Body language these indicate shyness and a need to protect oneself. You may suffer from anxiety in social scenarios and prefer to stay out of the spotlight. “I see young women do this in public situations where they don’t know people or in stress situations, and if they are generally shy.

Cross-body with bag in front;

You want as much freedom of movement possible, coupled with a feeling of protection and accessibility. This method allows for the most convenience to be able to get into your bag, but until then you want to move through the world easily without feeling encumbered. “Function is more important than appearance in any cross-body bag,”

FASHION ICON OF THE WEEK SADIQ SANI SADIQ AKA SSS

ABAYA: A FASHION PIECE YOU CAN NEVER GO WRONG IN.

STYLE INSPIRATION: SOME OF KANNYWOOD ACTORS AND ACTRESSES WHO SLAYED DURING EID CELEBRATION

CLEVER WAYS TO STORE YOUR SHOES AND KEEP THEM SAFE