William Troost-Ekong’s the late winner sent Nigeria through to the semi-finals of the Africa Cup of Nations on Wednesday after the spectacular 2-1 victory over South Africa in Cairo.

Samuel Chukwueze the Super Eagles scored goal in the first half in front  of the large crowd of Nigerian at the 75,000-capacity Cairo International Stadium. But Bongani Zungu’s the South Africa player work harder to score 1 goal level on 70 minutes, the goal awarded with the aid of VAR, which was introduced for the first time at the tournament from the quarter-final stage onwards, after it was initially ruled out for offside. 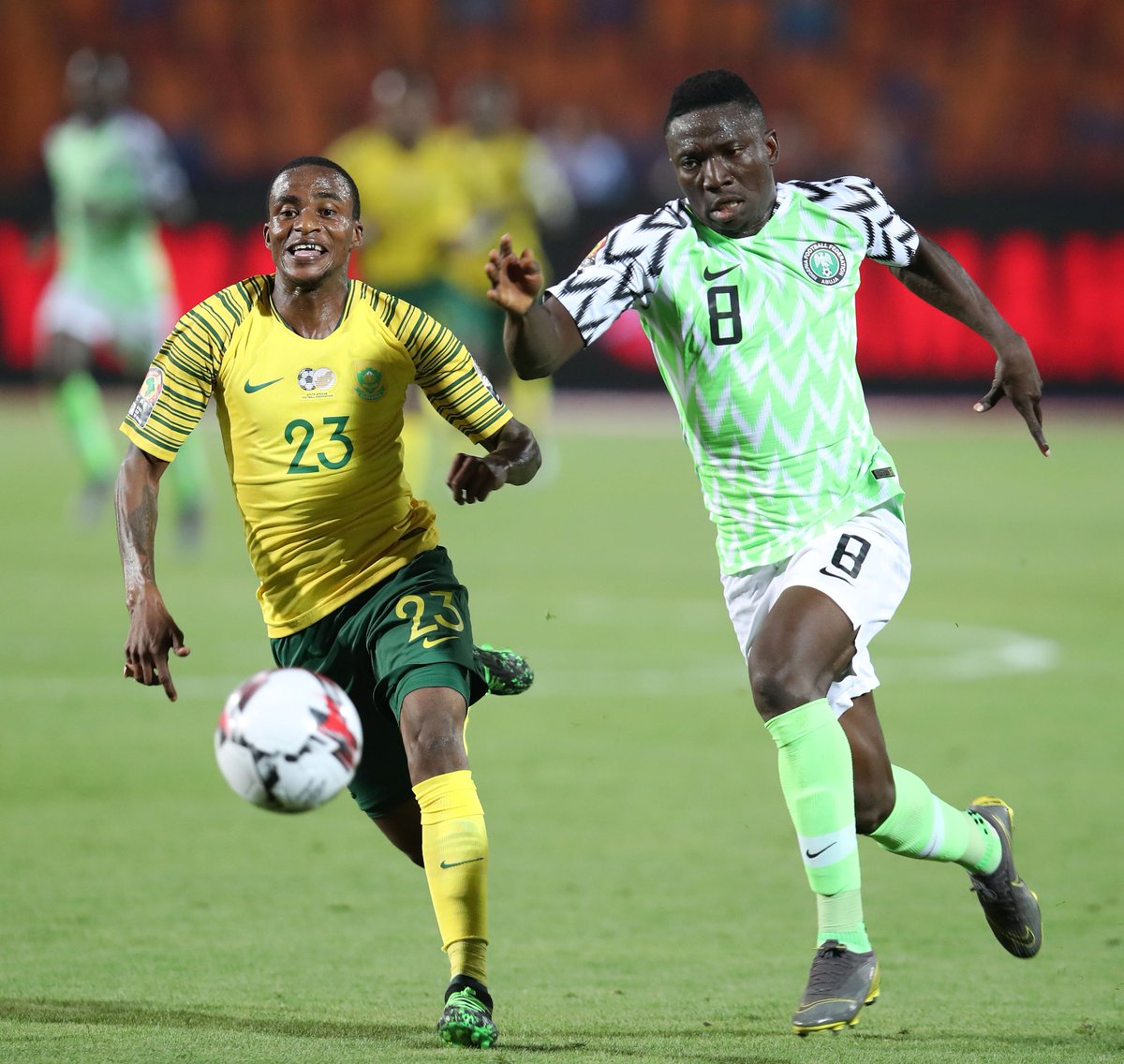 Troost-Ekong scored the second goal which set three-time champions Nigeria up, to clash against Algeria or Ivory Coast for a spot in the July 19 final.

Jamilu Collins made his first appearance in Egypt after shaking off a pre-tournament injury while Villarreal forward Chukwueze came in for Moses Simon in the Nigerian attack. 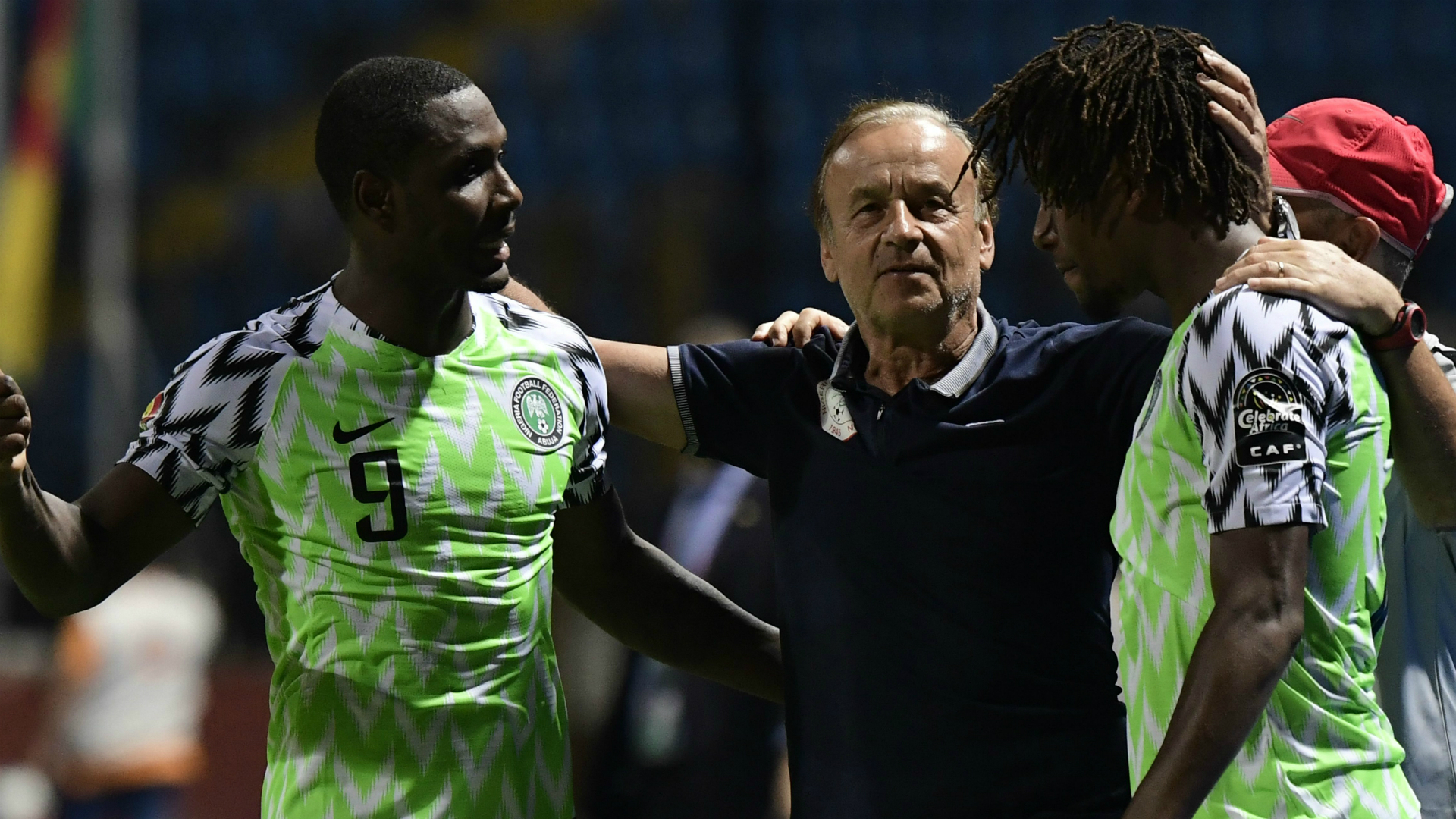 Nigeria coach Gernot Rohr had suggested South Africa were favorites in the build-up following their defeat of the record seven-time champions, a tag Baxter promptly rejected with Bafana Bafana’s lone competitive win coming in qualifying for these finals.

Alex Iwobi skipped past a couple of defenders down the left before pulling back for Chukwueze, who swept into the corner as the ball trickled back his way after a first shot was blocked.

Following the first half, Nigeria appeared stronger after the break, Peter Etebo rattling the crossbar with a superb 25-yard- free-kick destined for the top corner but for the fingertips of Ronwen Williams.

After their game which eliminated the Mohamed Salah’s Egypt,  Troost-Ekong scored a lovely goal which brought victory for Nigeria.