The much talked about wedding ceremonies of Fatima Dangote the Daughter of Aliko Dangote and Damilola Osinbajo the Daughter of Nigeria’s vice President, Professor Yemi Osinbajo which was held over the weekend were ceremonies lots of people will not forget in a hurry. As expected, both ceremonies were beautiful as both brides looked beautiful especially with their glamorous looks and heartwarming smiles.

Fatima Dangote got married to the love of her life MD Jamil Abubakar. The wedding Fatiha was held on the March 16th 2018 at the Emirs palace in Kano, followed by a glamorous dinner at ICC in Abuja. As expected Fatima came out literally looking like a million bucks especially with her beautiful dress styled by Deola Sagoe and her stunning face beat by BM PRO; it was not difficult to know who the bride is among other gorgeous friends and family members who came through to celebrate with the couple. The groom was not left out too as he looked dope in his Agbada . Tozali Magazine is saying a mighty Congratulations to the billionaire’s Daughter and her man. Let the pictures do the talking….. 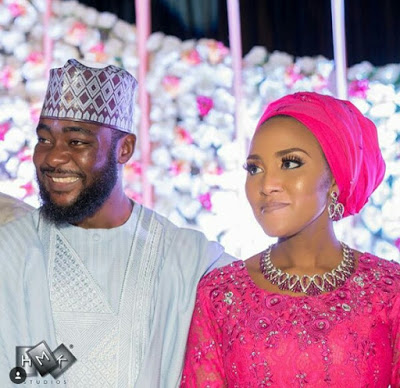 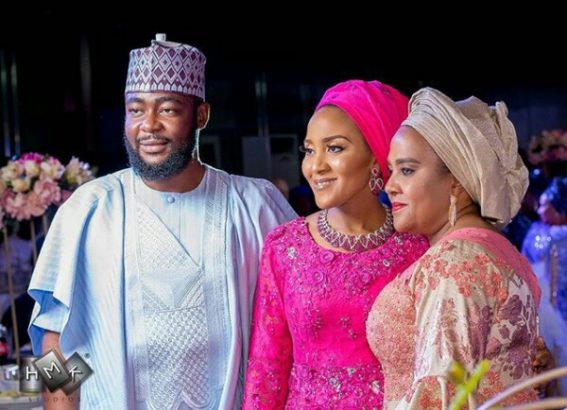 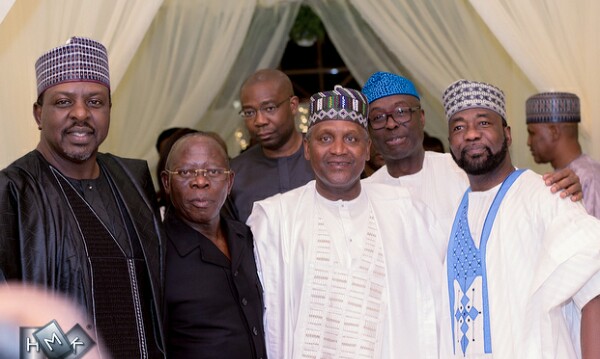 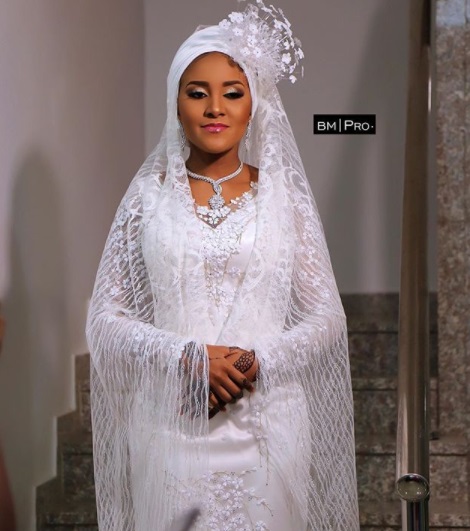 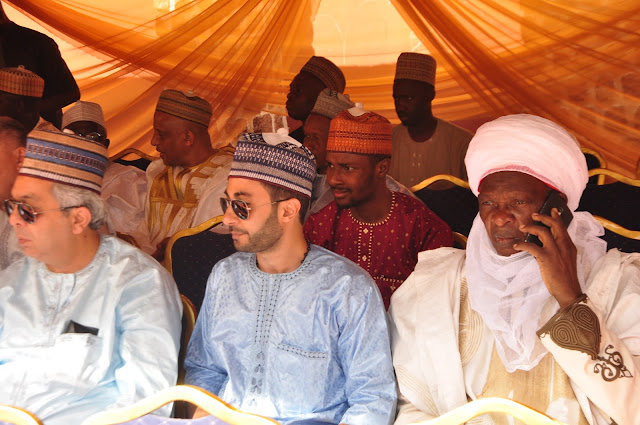 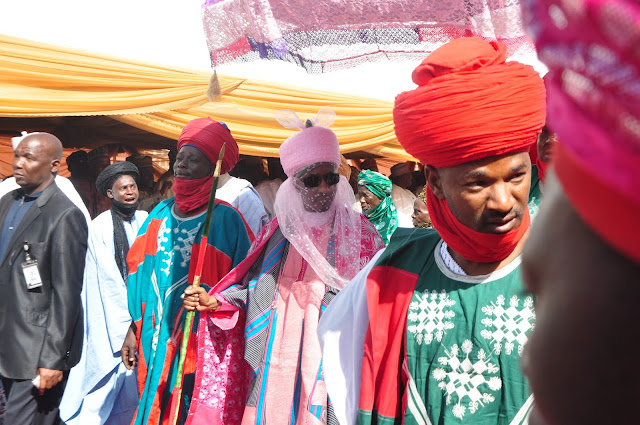 A lot of people anticipated that the vice Presidents Daughter’s wedding will be classy and flashy following the previous weddings of the high and mighty. But the Vice President’s Daughter Damilola Osinbajo came out on her happy day looking simple, elegant and classy in her wedding dress which was designed by Deola Sagoe. The Church wedding took place at the National Christian Center in Abuja followed by a quiet and simple reception at the Presidential Villa. The two ceremonies were on low-key as the Vice President insisted that he did not want an elaborate wedding for his Daughter given the grieving mood of the nation. To crown it all; the wedding cake was baked and designed by the mother of the Bride; wife of the Vice President Mrs Dolapo Osinbajo. You would say amazing right….? But I would say a priceless gift from a mother to her daughter on her special day. The cake board was trimmed with crochet and the design was simple and all white…… below are pictures of Damiloa’s wedding enjoy!!! 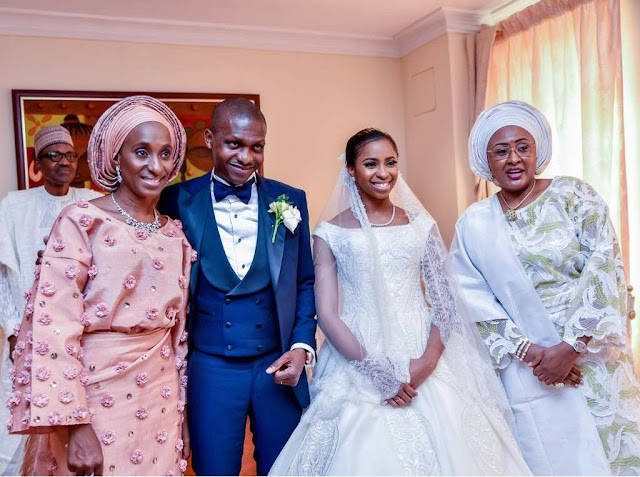 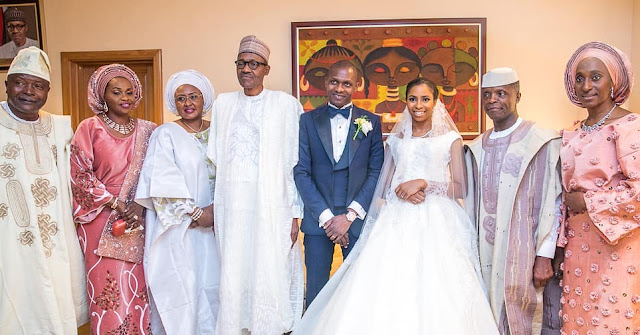 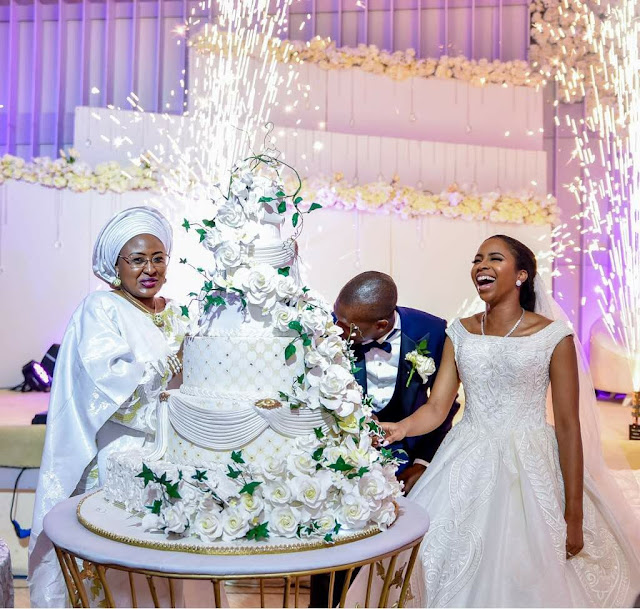 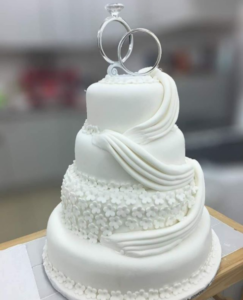 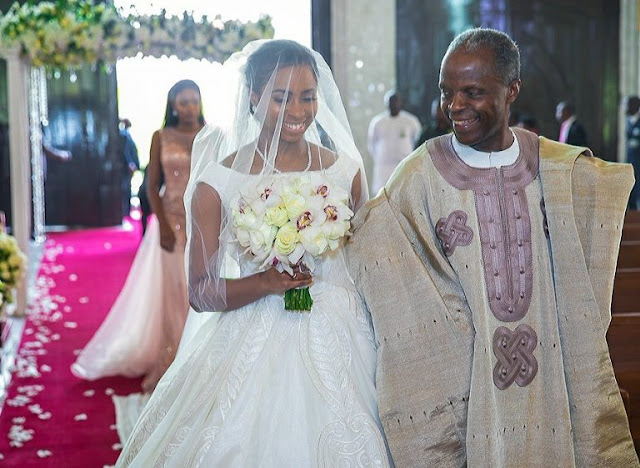 THE BEAUTIFUL WEDDING OF RUKAYYATU BUHARI AND IBRAHIM ABDULKADRI GADAFI