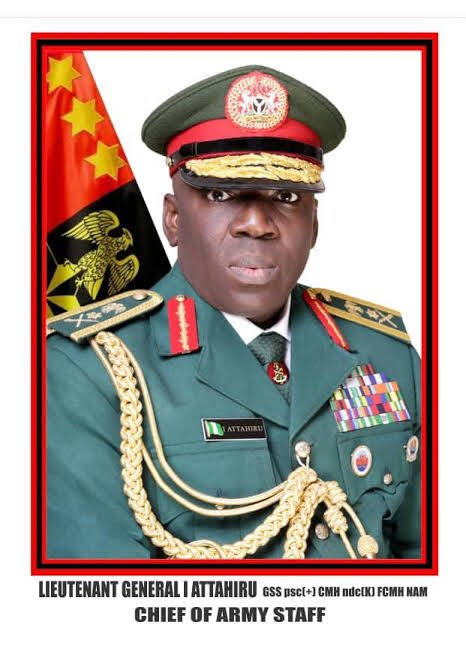 The last 48 hrs has been a mish-mash of the most incredibly good news; the fall of Shekau, the dreaded Boko haram warlord, in the hands of ISWAP; and then the bizarre news of the huge loss of the chief of army staff, Lt. Gen. Attahiru, to a plane crash in Kaduna. The Shekau news didn’t make much headlines for two reasons: one is that he has been rumored dead a couple of times and he still resurfaces again. Two is that the whole Shekau/ Boko haram onslaught has been a thriving industry for many, including news outlets, as bad news seems to trend more, than good news. So in a weird sense, his demise wasn’t so much of welcome news to the beneficiaries of his war and what it entails for them. Other industries that have thrived under the humanitarian crisis caused by the insurgency are the NGO operations especially in the North Eastern part of the country. One would have thought that the passing of Shekau would be celebrated with so much coverage that it would be sickening. But to utter disbelief, it was passed as if it was ‘yesterday’s bad news’, and that the country needed to move on to something stronger. Anyway, if it is the same Shekau that has been in the over 10 year old war, the last may not have been heard about him just yet. Not so we pray though. 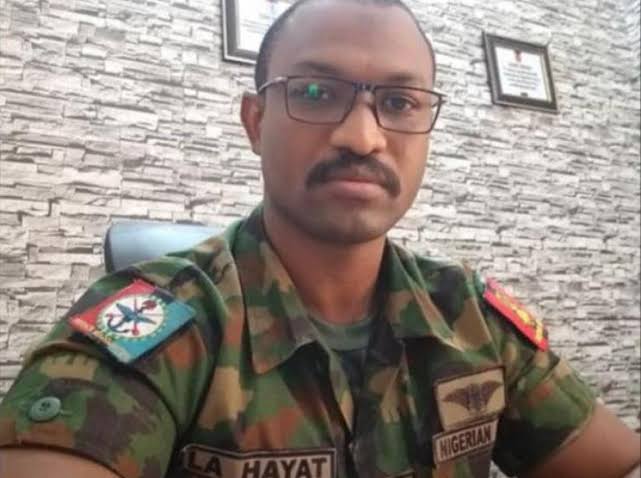 Within the space of 24 hrs, after the reported death of Shekau, filtered in the news of the loss of Attahiru, the Chief of Army Staff, who had just been sworn in not more than 5 months ago. He was the Theatre Commander of the Boko Haram counter insurgency tagged Operation Lafiya Dole back in 2017. He was a very gallant commander whose exploits at the time were well documented. He had held various commands during his military career. He had a tour of duty with the United Nations in Sierra Leone as a military observer. He was company commander in NIBATT 19 ECOMOG Operations in Liberia. He had the unique privilege of having commanded with distinction all through the chain of command in the Nigerian Army. Prominent among those appointments are Commanding Officer 146 Battalion Nigerian Army (Operation harmony IV) in the Bakassi Peninsula, Commander 13 Brigade Nigerian Army (Operation Pulo Shield), General Officer Commanding 82 Division, Nigerian Army. He was also the Theatre Commander of Operation Lafiya Dole as stated earlier. At one time, he was Deputy Director, Military Secretary 2 AHQ MS, and one time Director, Army Public Relations and Spokesperson of the Nigerian Army. He was later Director Staff Duties and Deputy Chief of Policy and Plans at the Army Headquarters. He was equally privileged to serve as Chief of Defense Transformation and Innovation and Chief of Defense Logistics at the Apex Organ of the Armed Forces of Nigeria, Defense Headquarters Abuja. He worked with the US Defense Logistics Agency, on the Vertically Integrated Logistics Approach (VILA) programme, towards enhancing the operational readiness of the Nigerian Army. 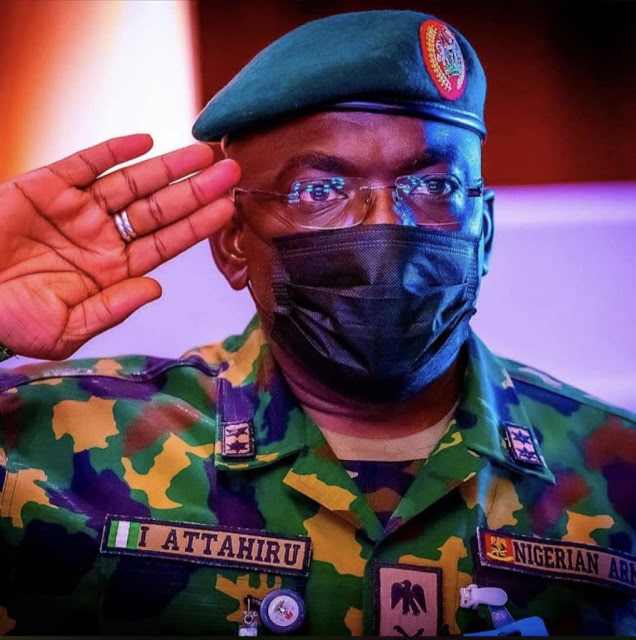 Huge successes were recorded in his very short stint as Army Chief. Incursions by Boko Haram into communities in the North East had been pushed to a very bare minimum. And where the terrorists gained any grounds, the military was quick to regain and reclaim any lost territory. Lt. Gen. Attahiru was ever present with his troops and was always on ground with them to give them moral support. He catalogued their demands and problems and always set to work, to solve their problems. One of his finest exploits in the war against terror, is the reclaiming of over 30 communities in Niger state, that had been taken over by bandits and terrorists. The Army was able to sack the bandits and reclaim the villages that had become under the faux control of the bandits under their own tax system. The bandits were fining the villagers for access to their farming activities. 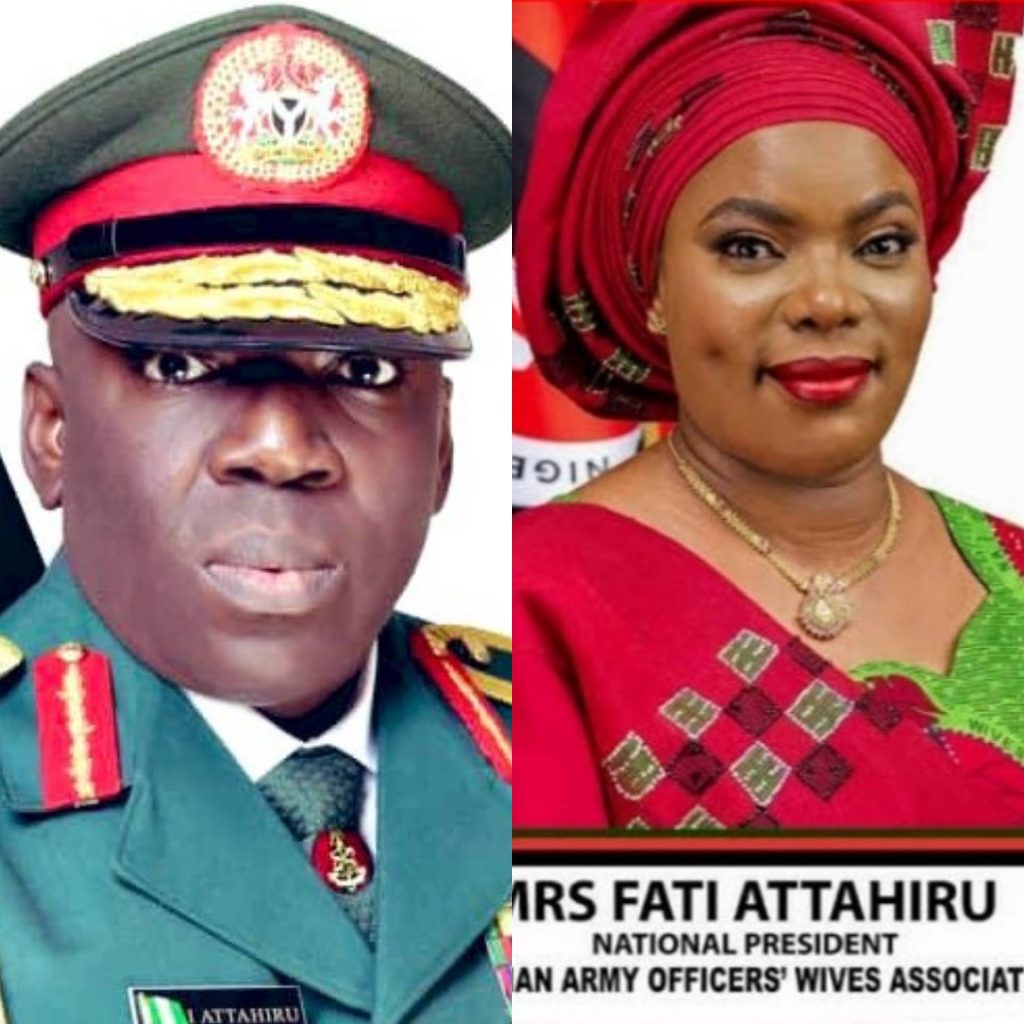 What is of note, and worthy of great concern, is the number of crashes that the Nigerian Airforce has had in the last 6 months. It is reported that the Chief of Army Staff crashed in a King Air 350 aircraft. In February, another one crashed around Abuja Airport. Another Alphajet crashed around the outskirts of Maiduguri just around the Easter period. These are piling up and it is looking bad on the NAF, after recording so much success in the fight against insurgency. The maintenance and serviceability of the jets must be looked into, for better management, as well as to rule out any sabotage. So much investment, in billions of dollars, has been made in the induction of fighter aircraft for the Nigerian Airforce. It would be a pity if they are to go down the drain of crashes here and there. The nation has lost a patriot, a gallant soldier, a highly decorated officer and a colossal fighter. Nigeria has lost a hero of the counter-insurgency. May his soul, rest in peace with the Lord Almighty, and may his soul bless our prayers, that victory is ours as a nation, in all of these trying times.

By Tahir is Talban BauchI