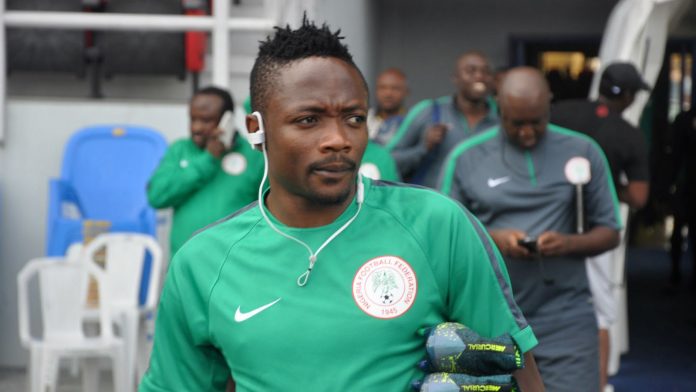 Our man crush for today is a popular Nigerian professional footballer who plays for the Nigeria national team Super Eagles and the Saudi Arabian team Al-Nassr. He is the first Nigerian to score more than once in a FIFA World cup match and he is also the first Nigerian to score in two FIFA world cup competitions. He also happened to be a member of the Al-Nassr squad that won the Saudi premier league and Saudi super cup both in 2019. This person is no any other person than Ahmad Musa. Ahmad Musa from Jos Plateau, Nigeria was born 14th October 1992. He began his football career in the GBS football Academy. He was loaned to JUTH F.C in 2008, and later to Kano Pillars F.C.

Musa had the record for the highest goal ever scored in season in the history of Nigeria premier league, until November 2011, when another footballer set new record of 20 goals. He was rated by goal.com among the hot 100 young football star in the world to watch in 2011. He was also selected among the top ten Nigerian international player of 2010 by Lolade Adewuyi of goal.com and was also included in IFFHS List of best 140 players in the world. In May 2018 he was named in Nigeria’s preliminary 30-man squad for the 2018 FIFA World cup in Russia.  In June 2019 he became the third most capped player for Nigeria’s national team, surpassing Nwankwo Kanu, after appearing in a friendly against Zimbabwe. He was named in the 2019 Africa cup of nation’s team by head coach Gernot Rohr.

On 7 December 2011, Ahmed Musa was one of the four nominees named for the   confederation of African football Most Promising Talent Award. On March 8 2011, He won the AIT footballer of the year award. On 7th January 2012, musa signed to play for a Russian club for an undisclosed fee, He finished the 2015-2016 Russian premier league season as the 5th highest scorer, becoming one of only seven players aged 23 or younger to reach double figures for goals in each of the past two season in Europe’s top seven leagues.