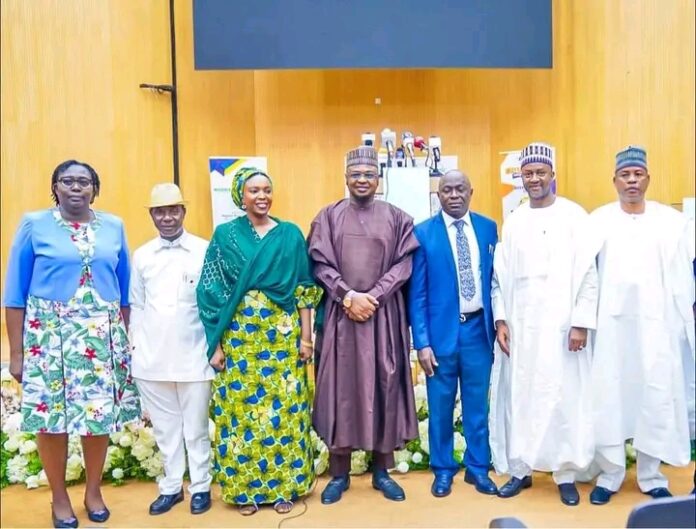 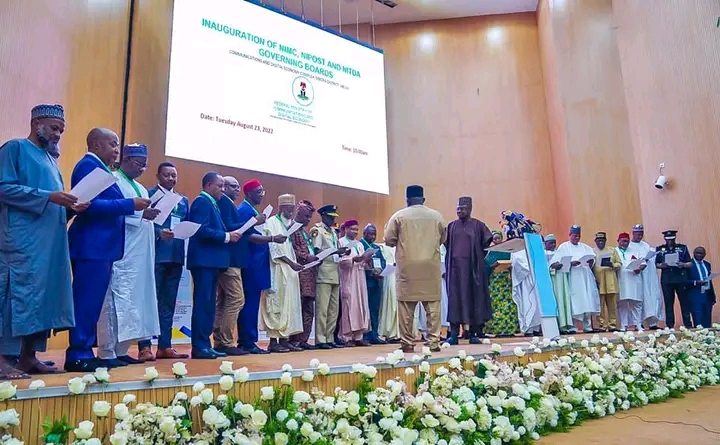 Speaking during the inauguration ceremony in Abuja, Pantami urged the boards members to drive the implementation of Digital economy policies.

Pantami said the responsibilities of newly inaugurated Governing Board members was to oversight and oversee the activities of the parastatals as well cascade the national policies developed by the supervising ministry.

“We have inaugurated 44 Governing Board members, 17 for NIMC with ex officials members including those appointed by Mr President and others.

“NITDA we have 19 including the Chairman and the Chief Executive Officer who serves as the secretary and members of the board and NIPOST have 8 members. we do hope you continue to display maturity,”he said.

“You should try your best within the responsibilities that has been assigned to you by the various enabling Acts establishing this parastatals and other government policies and directives that may come up from time to time.

“More than 90 per cent of them appointed today were reappointed as a result of our recommendation as well as due to their displayed of maturity in the way and manner they interact with the parastatals.

Amongst those reappointed as chairmen,our own CEO/MD of the prestigious Tozali Television and Magazine, Bar.Maimuna Yaya Abubakar is not left out, as she is the former and current chairman Board of Nipost.

“We are part of the board ,the management and we are not part of the tenders board he retreated.

“To be fair to all of you. I am so much grateful in the way and manner you try to display maturity of yourself  by operating within the ambit of the laws and government policies and hope you improve in the second tenure,” Pantami said.