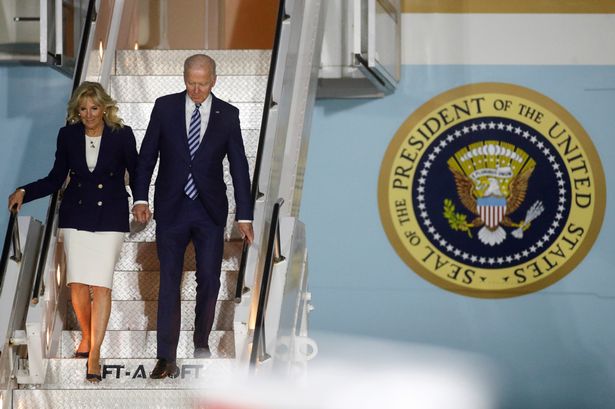 US President Joe Biden arrived in Britain late Saturday ahead of Queen Elizabeth II’s funeral, an AFP photographer on board Air Force One said.

He is expected to pay his respects at Queen Elizabeth’s coffin and meet the new King Charles III on Sunday ahead of Monday’s state funeral.

As a result of the Queen’s funeral, UK keeps Nigerian visa centres open

However, a planned meeting with Britain’s new Prime Minister Liz Truss has been cancelled.

It did not provide further details on why the original meeting with Biden had been cancelled.

Two female officers of the police force suspended by the IGP over service misconduct.