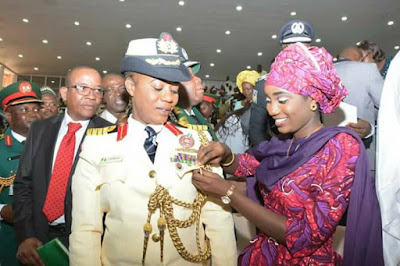 Yippee! It’s Wednesday and our Woman Crush Wednesday is no other person but Navy Captain Jamila Abubakar Sadiq Malafa.

Jamila Abubakar Malafa is the most senior female Northern officer in the Nigeria Navy and the first lawyer from her village.

Jamila is from Gombi local government area of Adamawa state, precisely from the Whona tribe.

Jamila had her primary education at St. Theresa School, Luggera, in Adamawa state. After her graduation from Government Secondary School, Hong, she went to Yola School of Nursing and Midwifery for her national certificate. She then applied for LLB at the University of Lagos, but could not gain admission because she had no JAMB result. 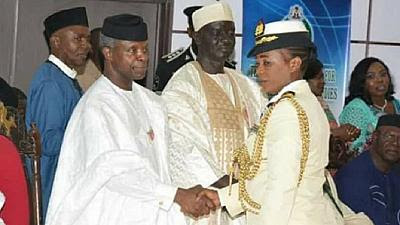 Jamila then enrolled in a school and sat for JAMB and made the cut off marks and was subsequently given admission into University of Lagos, where she studied law.

Jamila went back again to University of Lagos as a lawyer for her Masters in 2004, where she studied Constitution and Criminal Law. She then proceeded to Maritime Law Institute University in 2009.

Jamila is a nurse by p

rofession and was promoted to the rank of Navy Captain in the Nigerian Navy due to her hard work.

Jamila is the Deputy Director, Civil Military Relation (Law support) in the Nigerian Navy. She is in charge of the law department at the headquarters.