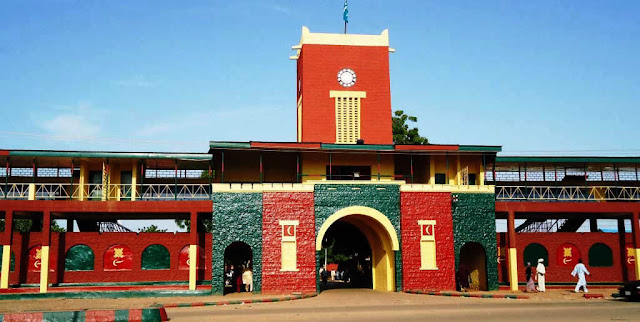 Northern Nigerian palaces are alluring and attractive sight for tourist because of their unique architectural structures. The intriguing enchantment upheld in the palaces which were constructed with traditional building materials depicting Northern Nigeria’s traditional architectural designs dated as far back as the early 19th Century keeps a dazzling feeling to visitors and sons of the soils. 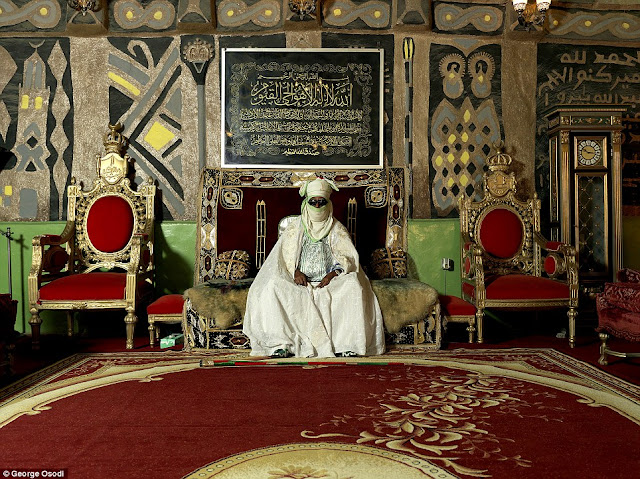 Dating back to the early 19th century, the palaces of the Emirs of Katsina and of Daura are sights to behold today. The ancient architectural designs of the palace structures make them a tourist attraction to many visitors, and several tourists can’t do without taking pictures of them or asking questions about their history. 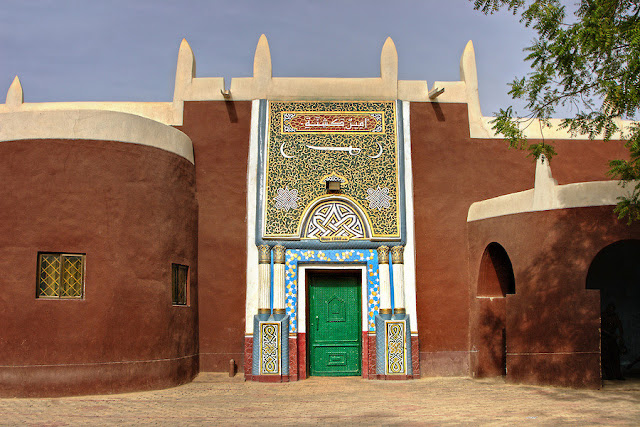 The Katsina Royal Palace popularly referred to as Gidan Korau by the locals, is a masterpiece of Hausa architecture, symbolizing the culture, history and tradition of the Katsina was. The imposing complex located at the centre of the city is believed to have been built in 1348 by Muhammadu Korau, the first Muslim Emir of Katsina. It is also believed to be one of the oldest and among the first-generation palaces in Hausaland, the others are that of Daura, Kano and Zazzau. In the olden days the palace was encircled with a rampart (ganuwar gidan sarki) which is now extinct.

“The Emir’s residential quarters, which is the epicenter of the palace, is a large compound built in the typical Hausa traditional architecture. The buildings are made of conical-shaped sun-dried clay bricks (tubali) mud (kwababbiyar kasa) and rafters (kyami). “The wall of the house is about 90 centimetres at the base. It is enforced with high quality clay mixed with cow dung and grass. A mixture of red soil (jangargari), colorants obtained from the empty pod of locust bean tree (makuba) and loda, a plant fluid extracted after pounding the leaves was used to adorn the outer walls and the interior of the rooms with beautiful artistic designs. 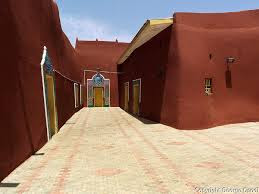 The mixture also serves as protective plaster. This explains why the buildings have withstood the effects of harsh weather for many centuries. The royal compound is divided into three sections; the living quarters of the Emir and his family which is called Soro and Barga, the yard where the Emir’s stable is located which is also where his servants and slaves live. In addition, there is the Gidan Ganye, where the royal garden and the Emir’s guest house are located.

The magnificent palace also has a clinic, a mosque and children’s playground. Attached to the Babban Zaure the reception area, is the Emir’s inner chamber in which he sits with his senior councillors to receive state officials and other important people. At the north-west end of the compound is the old council chamber (tsohuwar majalisa), which was built by Emir Dikko (1906-1944).

Adjoining this building to the south is the new council chambers (sabuwar majalisa) which was built by Sir Usman Nagogo (1944-1951). The imposing Emir’s Palace is not only a splendid piece of architecture which enthralls tourists; but is a symbol of Islamic.

ADDING A BLAZER TO YOUR OUTFIT

EXCLUSIVE PICTURES OF THE TURBANING CEREMONY OF ALH. MUSA HALILU AS THE DUJIMA OF...