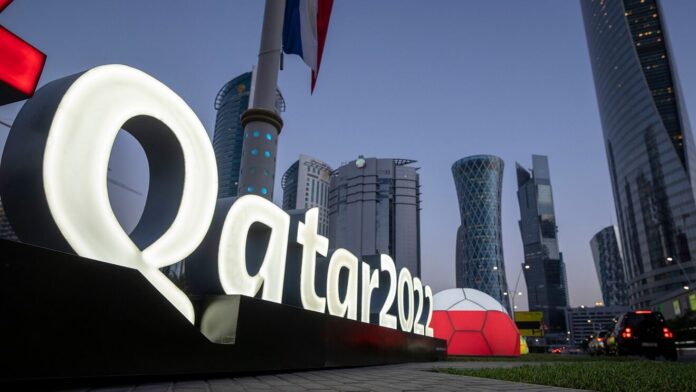 The moment of truth for Qatar’s ability to organise the FIFA World Cup after years of failed overtures and criticism over labour rights and strict laws has come.

Predicaments began mounting as early as December 2010 when it was announced that Qatar would host the finals amid a storm of international criticism.

But it was his administration that oversaw the awarding of the 2022 event’s hosting rights to Qatar.

Always held during the close season of the majority of leagues, it was difficult to maintain such a schedule now.

Two studies carried out by FIFA in 2014 and 2015 were enough to conclude that it would be impossible to hold the tournament in June/July, prompting the move to November and December.

Constructing the new stadiums witnessed many controversies regarding labour rights, amid media reports that thousands of foreign workers either lost their lives or were mistreated in the process.

He told the United Nations General Assembly last September that his government was ready to welcome everyone from around the world without discrimination.

“The World Cup will positively impact our society by showcasing our culture to the world and by helping people create friendships and build networks.

“It is a golden opportunity to change negative perceptions about the region and create new and meaningful connections,” he said in an interview with the Qatar 2022 website on Wednesday.

Qatar will be the first team since Italy in the second World Cup in 1934 to participate in the finals for the first time as a host.

This is a team hosting without having previously qualified for the tournament.

They need to avoid a similar fate to that of Switzerland, Chile and South Africa, who all hosted but exited the finals in the group stages in 1954, 1962 and 2010.

That is why the Qatari team has undergone a thorough process of preparing for the tournament.

It started by appointing Spanish coach Felix Sanchez in 2017, whose knowledge of the region helped him guide Qatar to the 2019 Asian Cup title, winning all matches in the process.

Sanchez’s men raised eyebrows with a number of notable performances, including a 3-1 defeat of Japan in the final.

The team continued its preparations by rubbing shoulders with South America’s best through their participation in the 2019 Copa America.

Nonetheless, the experience proved to be a little too much for the team as they finished bottom of their group following defeats by Colombia and Argentina and a draw against Paraguay.

There they showed improvement by topping their group and beating El Salvador in the quarter-finals before losing 1-0 to the U.S in the semi-finals.

The team will be under pressure by fans to achieve the desired results on home soil.

This is especially after the Qatari Federation’s decision not to allow their players to play for their domestic clubs since the beginning of the current season.

Antagonists of the FIFA 2022 World Cup to be held in the Gulf state of Qatar are not leaving anything to chance in their bid to truncate the staging of the event in Qatar even as the country has been working ahead of schedule for the event.