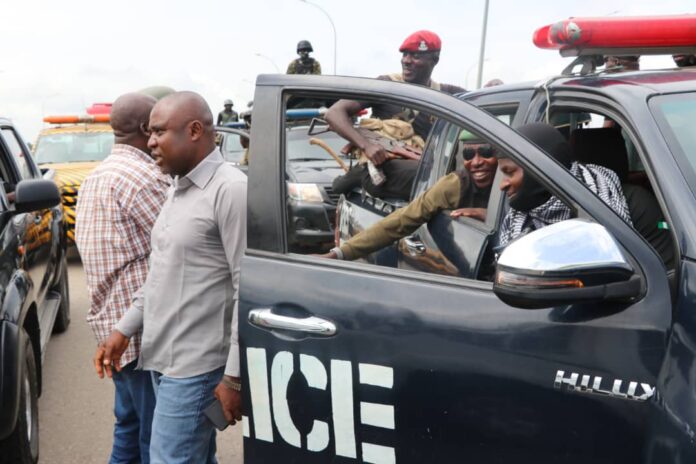 The Federal Capital Territory Administration  FCTA on Tuesday vowed to give priority attention to the ongoing clean up exercise at Dei-Dei and environs, noting that both criminalities and environmental nuisance there had reached a worrisome point.

The exercise which  commenced with removal of illegal warehouses and shanties around the Dei-Dei junction, is said to be a  continuation of a citywide clean up.

Senior Special Assistant to FCT Minister on Monitoring, Inspection and Enforcement, Ikharo Attah said FCT Minister has directed that all contraventions within the Deidei axis be tackled immediately.

Attah who noted that Deidei had become very volatile and a hub for worrisome criminal activities, vowed that the joint taskforce would ensure that sanity returns to  the community.

According to him, Deidei junction has become crime infested , and a place where residents’ safety is under serious threat.

Attah explained that, ” FCT Minister passed through this place and frowned bitterly at what he saw around here and for a very longtime enforcement hasn’t come to Deidei, because it is a very volatile region.  Deidei junction is very notorious, coupled with the traffic problem here.

He added that the exercise in the area has sent a serious signal to all the people involved in all the illegalities.

” We are tackling multiple issues, as you can see that with the help of  Development Control, we have  removed about 3 warehouses that are contravening regulations. It has sent signal that government does exist and the FCT Minister is matching his word with action to rid the city of illegality”.

Also Speaking, the Director of Development Control, Muktar Galadima provided insight on the issue of government officials who aided the growth of illegalities in Deidei.

Galadima disclosed that such officers have been identified and transferred out from the department, while also subjecting them to all the administrative processes that will make them account for their misdeeds.

The Director noted that the warehouses indiscriminately springing up at Dei-Dei, either have engineering problems, without requisite approval, or encroachment on road corridors.

Galadima said,  ” We have two issues, one for Engineering infrastructure,  road corridor and two for building without requisite approval. These are the two issues why we had to bring the structures down.

” Really it is a sympathetic situation and very annoying situation because officers are responsible to be up and doing in their respective areas of jurisdictions but maybe because of a long term non chalant attitude of some offers so we have moved them out of the areas.

The Assistant Director of Enforcement, Abuja Environmental Protection Board, AEPB) Kaka Bello revealed that plans have been marshalled out to keep the environmental nuisance in Deidei in checks.

Bello noted that the heavy population surge in the community had contributed hugely to the growing illegalities, but enforcement team will not be deterred. 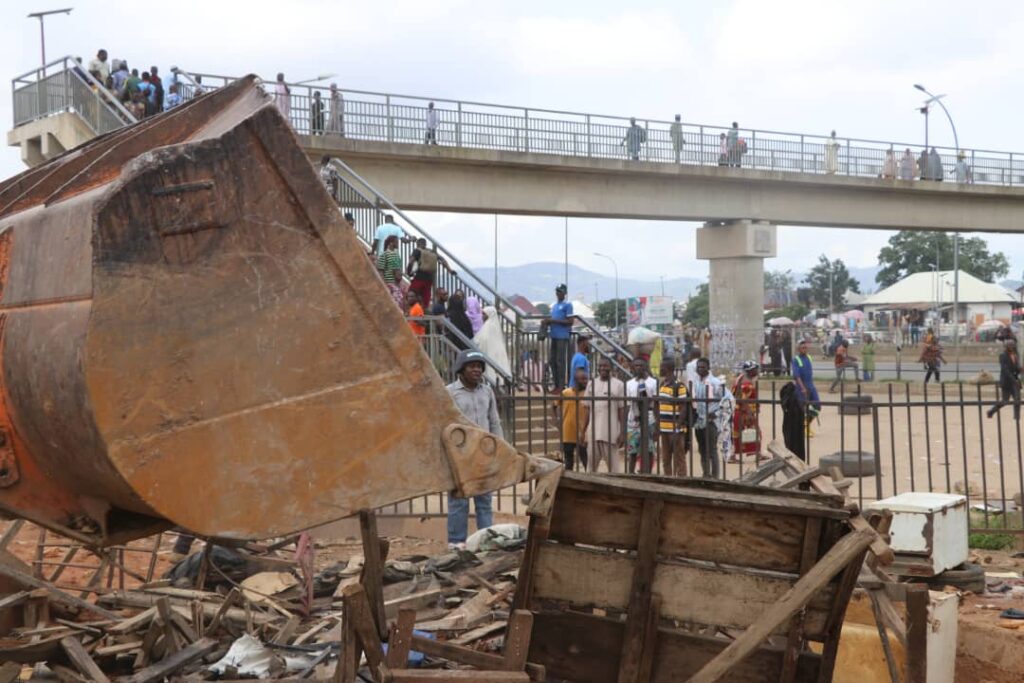